Redfest have revealed that their Boileroom Stage will be headlined by The Other Tribe (Friday) and Ryan Keen (Saturday).

The two headline acts will be joined by: Rokhsan, Victoria, Frank Hamilton, Natalie Ross, Dance a la Plage, Red Kits, Mellor and The Crosstown Trio. More are still to be announced.

After the music has finished on each night, the stage will be used to host a variety of after hours entertainment, from burlesque to comedy.

Redfest, taking place on July 26 and 27 in Surrey will be headlined by Dry The River and Bastille and will include appearances from artists including Dog Is Dead, Bury Tomorrow, Subsource and Feed The Rhino over its two days. 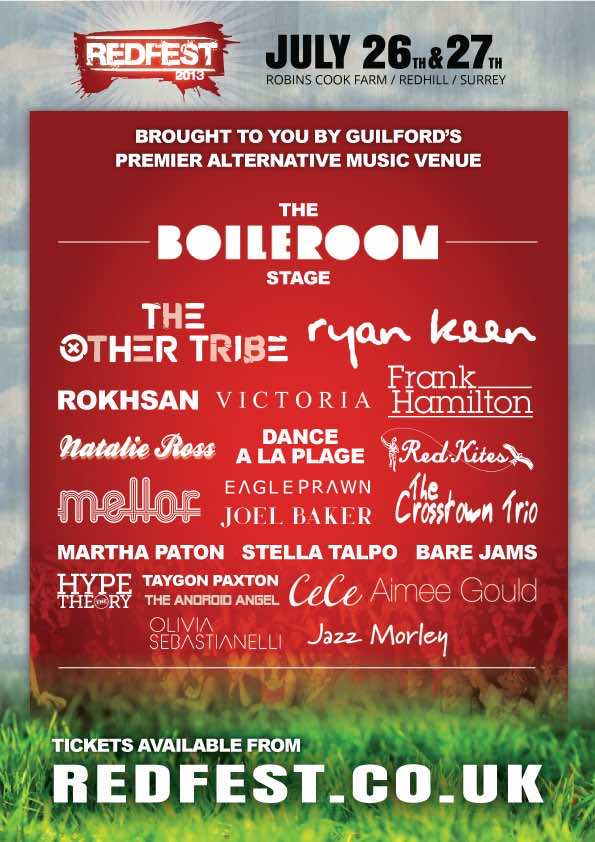