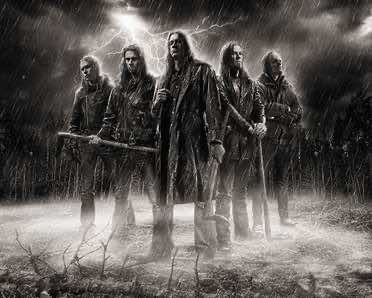 The follow up to 2010’s ’12 Gauge’ will be released on June 17 via Spinefarm Records. Recorded at Tico-Tico Studios in Kemi, Finland, the record was mastered by Jens Bogren (Opeth, Soilwork, Paradise Lost).

The first song to be revealed from the album, ‘Windlake Tale’, is available to stream via Spinefarm Records‘ Soundcloud page.

Guitarist Antti Kokko of Kalmah said: “This album marks a milestone in our careers. We have a new keyboard player, which has given a fresh edge to the music, and we are of course very satisfied with the new material.”

In this article:Opeth, paradise lost, Soilwork