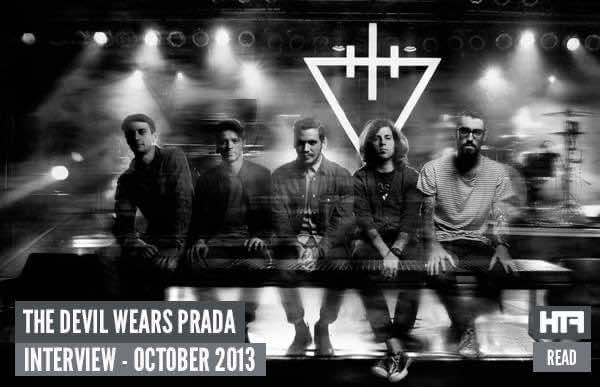 We caught with The Devil Wears Prada’s guitarist Chris Rubey ahead of their last show of their 2013 UK tour in Sheffield. Touring their latest album ‘8:18’ we heard how the new tracks are going down, maturation of fans and upcoming tour footage.

HTF: So tonight is the last night of the tour, what have the highlights been?

Chris: I don’t know, all the shows have been kinda the same-ish. It was nice to get back into England after playing Ireland, Scotland and Wales. I actually noticed the difference, like we do a little bit better. I guess whenever we play London that is always the best.

HTF: You’re relentlessly touring at the moment, does it ever take its toll?

C: Yeah, we have been working a lot, the other guys more than me as I didn’t do the last US tour so I got to have a little break to help with the baby. But yeah we already have all of next year booked up already so I’m sure we’re never going home!

HTF: Does this mean there could be a tour DVD on the way?

C: Yeah actually our guitarist Jeremy and bassist Andy kinda collect video and they just bought a bunch of new cameras and everything so we’ve been filming a whole bunch of stuff,  we have tons of ideas but the main goal is to just release stuff constantly – like every week rather than one DVD.

HTF: You’re back on tour next month in North America, how do American shows compare to the UK?

C: We tend to do a little better in America, but it is where we used to put most of our focus so we are more established there. It is  always nice to come over here and it is like proving yourself,  trying to gain new fans and win people over by the end of the set whereas in America people always sing the words back so I just like that in a way we have already kind of conquered America and we’re working on it over here.

C: Very recently a couple of songs like ‘Sailors Prayer’ which is like very singy with a poppy chorus has been sung back and the tracks we released before the record people tend to know those a little bit more but it is definitely slow. It’s not like it is crazy everyone singing the words back at us every night but I am starting to notice it more and more.

HTF: We’ve grown up with TDWP so do you see your audiences getting older?

C: Yeah, that is kind of the point in like evolving with music, we were never like alright so on this album we sounded like this so with this album we have to sound like this. It is pretty much just what bands we listen to and what we want to play. We just try to write the stuff that we want to hear.

HTF: So as you’re evolving so are your fans?

C: Definitely – the people that are our age or were whatever age when they started listening to us are not necessarily craving that same sound. Like if we put out the first record again people would be like oh this is weird but I think we are keeping those same fans so we may not have the scene kid buzz right now but we still have the fans that are going to buy our next record and the one after that and that kind of is the point, that is what we are going for

HTF: After the ‘First Sight’ video what can we expect for the next video?

C: I think that video turned out awesome too – it was kind of a hands off experience for us. We picked a director based on their previous work, let them come up with the idea  and then she actually drew storyboards. We were intentionally not in it as something we wanted to try – almost a mini movie for a song. I like doing music videos and when I see a music video I would want to see the band so were not necessarily not going to be in them from now on but were going to try and make more like ‘First Sight’.

HTF: British bands have been on the rise the past few years, what do you make of the support bands, Dead Harts and Napoleon?

C: Honestly I’d never heard of either of them before this tour and I watched them night after night on tour. I think I hear more bands that interest me over here than from the states – there are definitely a lot of talents bands. Napoleon – super good Dead Harts – super good. I especially like Napoleon , they come across really well on record.

HTF: Do any of your instruments have nick names?

C: Not really but I do have a star wars theme, I have a black guitar with an Imperial symbol and one of my guitars has like the Mandalorian, Boba Fett type thing and then the Rebels symbol.

HTF: Have you ever had any weird riders or gifts?

C: Some people think it is weird that we get socks on the rider, a brand new pack of black socks – I mean if you could have new socks every day wouldn’t you? When we went to South America people made like little stuffed doll versions of us they weren’t too weird they were pretty cool.

HTF: Finally, tonight is the last show can we expect anything different?

C: Honestly no, do you want something? We’ll play Spongebob Grindpants for you.

In this article:The Devil Wears Prada 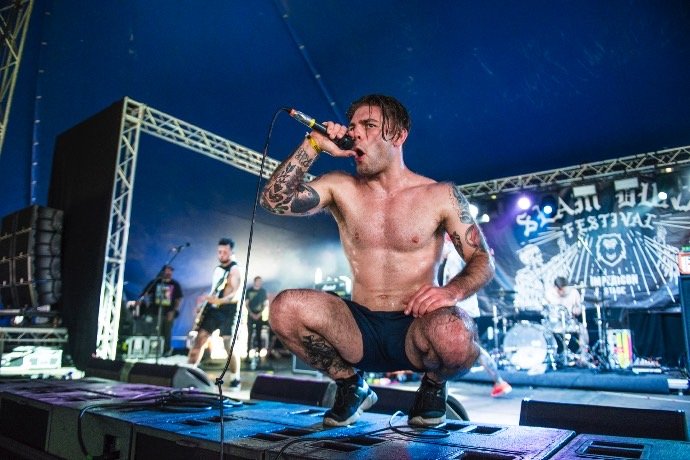 Check out the highlights from Slam Dunk over at the Impericon Stage. 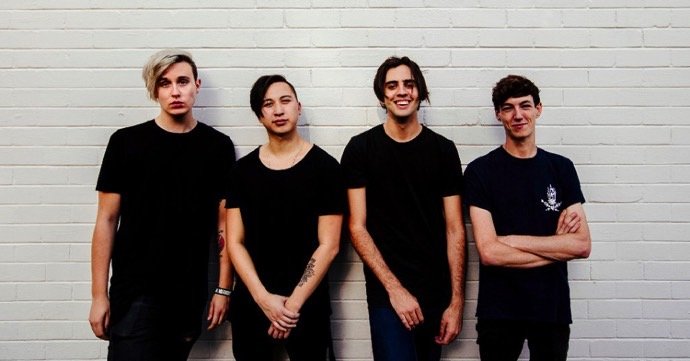 With Confidence – Archers | Video Of The Week

With Confidence has claimed the title of our video of the week with 'Archers', but who has released your favourite video this week? Cast...

TDWP's Mike Hranica has explained exactly what inspired him to write 'Daughter', a track taken from their upcoming album. Find out what it's all...

Mike Hranica & Co. return with their sixth album 'Transit Blues' this October. Check out what we thought of it here.