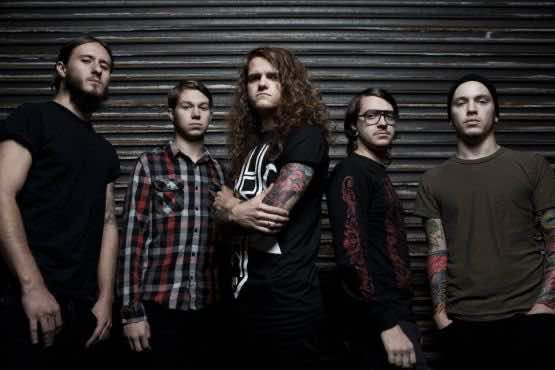 A fan has confirmed to have died at a Miss May I concert in New York. The show took place on Saturday Night (Saturday May 3rd) at Webster Hall in New York City. Although early reports claimed that the young man died due to stage diving, this has now been refuted by the venue, stating that the fan, in fact, left the venue under his own strength and collapsed outside.

There has now been a crowdfunding campaign set up in order to help pay for his funeral expenses.

Miss May I released the following statement regarding the fans unfortunate death:
“As many of you will have heard, Alberto Scott, a Miss May I fan in attendance at our Webster Hall show on Saturday night tragically died. We were deeply shocked and saddened to hear this news. We are awaiting a full report from the New York Police Department. In the meantime, we’d ask that all your thoughts and prayers be with his family. We have been made aware of a webpage that is raising funds to help pay for his funeral costs. We will be making a contribution and we’d strongly urge others to do so- http://www.gofundme.com/8vjoq.”

This firstly fuelled further fears that certain actions like stage diving are real dangers during rock shows. Just towards the end of last year during the 2013 UK Warped Tour, rapper, George Watsky, attempted a 30ft stage dive off some scaffolding, and in the process broke a girls arm and seriously endangered himself. Although these are rare occasions, and moments of madness, overall it is a safe activity, but venues will always try and deter fans from performing them for their own safety.

In this article:George Watsky, Miss May I