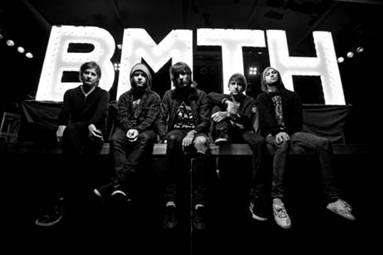 The next album to come from Bring Me The Horizon has a lot to live up to after the success of latest release ‘There Is A Hell, Believe Me I’ve Seen It. There Is A Heaven, Let’s Keep It A Secret’. It wasn’t that long ago that HTF brought you an update on the bands progress but now we can reveal that the Sheffield metallers have officially entered the studios to begin recording.

The new album will be produced by Terry Date who is best known for his work with Slipknot, Ozzy Osbourne and Limp Bizkit.

The band will be making their only UK festival appearance for 2012 at the first UK Warped Tour at Alexandra Palace on 10th November this year, so if you’re a fan you better be quick getting a ticket.