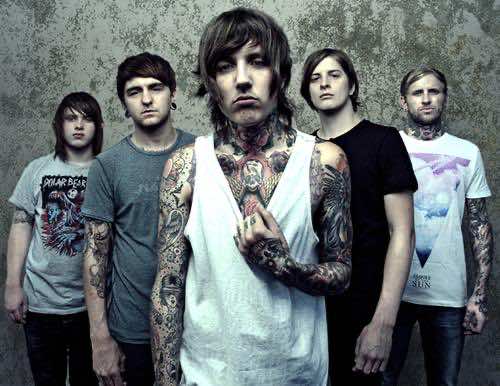 Steel cities finiest metallers Bring Me The Horizon are busy making a new album. The album marks a follow up to 2010’s well recieved ‘There Is A Hell, Believe Me I’ve Seen It. There Is A Heaven, Let’s Keep It A Secret’.

The band tweeted an update to fans stating “Just 3 more weeks of writing and then we enter pre- production for the album! The songs are sounding awesome!!! Stay tuned”.

The band are set to play the first UK Warped Tour this November- which will be the bands only UK festival this year. This may be the first chance fans are treated to some new songs?! The band have also been announced to play Soundwave 2013.