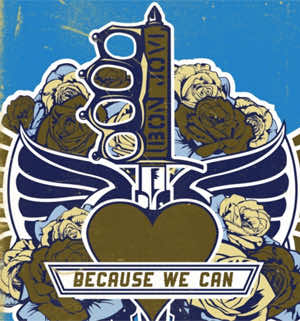 Jon Bon Jovi has been busy and the band entered a new era of releases with their brand new single, ‘Because We Can’.

‘Because We Can’ is the first single taken from the upcoming album, ‘What About Now’, set to be release on March 25th under Mercury Records.

With their new release, Bon Jovi are hitting the road this year for their “BON JOVI Because We Can – The Tour”, UK dates are below.