Set within the hills and perched on the edge of the city, Poble Espanyol played host to nine incredible parties across four days and three unique venues, as part of Barcelona’s OFFSonar programme.

Over 75 artists from across the globe descended on a site of historical beauty in Barcelona during Sonar week. Bringing the finest in all things, House, Disco and Techno, spread out amongst three very different venues. El Monasterio, an intimate space with views sprawling over the city, Carpa and Picnic a secluded and airy net-covered mini stage, and finally the vast village square of Plaza Mayor.

Whilst in Barcelona for all the fun and festivities that surround Sonar week, I was desperate to see what it was like, after hearing rave reviews from previous years. Essentially you could look at it as a mini-festival, within a festival. It was easy to get wrapped up in the daily changing parties held here. Forgetting that there were even more venues across the city, within the OFFSonar programme! I must admit, I felt right at home with this one though.

Between the 14th-17th of June, labels and promoters took over this incredible multi-faceted venue, and turned it into a mini-festival in its own right. Detroit Love, Secret Sundaze, Elrow, Drumcode, Labyrinth, and Innervisions among others, all came and went, through the historic grounds, leaving a path of blissed out dancers in their wake.

On Friday 15th Secret Sundaze, mainstays of the Sonar elite, took over the Carpa & Picnic stage. I had intended to split my time between here and Plaza Mayor, for Barcelona party Giants Elrow. But Secret Sundaze drew me in, with their genre-spanning crate-digging house and disco, peppered with some breaks and bass – I couldn’t tear myself away. The netted mini-arena was sitting under the trees and secluded from the madness of Elrow just around the corner. Here the crowd were united, embracing the fluid sounds that built the party up to an incredible crescendo. The bar was set fairly high for the weekend ahead.

Without wishing the weekend away, it did, however, feel like the whole weekend was leading up to Sunday 17th. When Innervisions took over all three venues for the first time. I couldn’t think of a better way to close out the weekend. With a lineup boasting the absolute best, in both forward-thinking and underground sounds; Gerd Janson, Job Jose, Henrik Schwarz (live), Jamie XX, Trikk, Red Axes (live), Floating Points, Ben UFO, Avalon Emerson, and many more. Of course, the crowning glory of this was Dixon & Âme, who played out a three hour back-to-back set in Plaza Mayor.

Starting out with Avalon Emerson, who lifted me up when it was highly needed after 3 days strong. The front few rows of dancers feeling fairly female lead, dancing with every bit of energy that she was putting into her set. Taking in a bit of Red Axes live along the way, at the intimate Monasterio – a truly beautiful sight under the setting sun, contrasted with experimental electro-punk and disco beats. 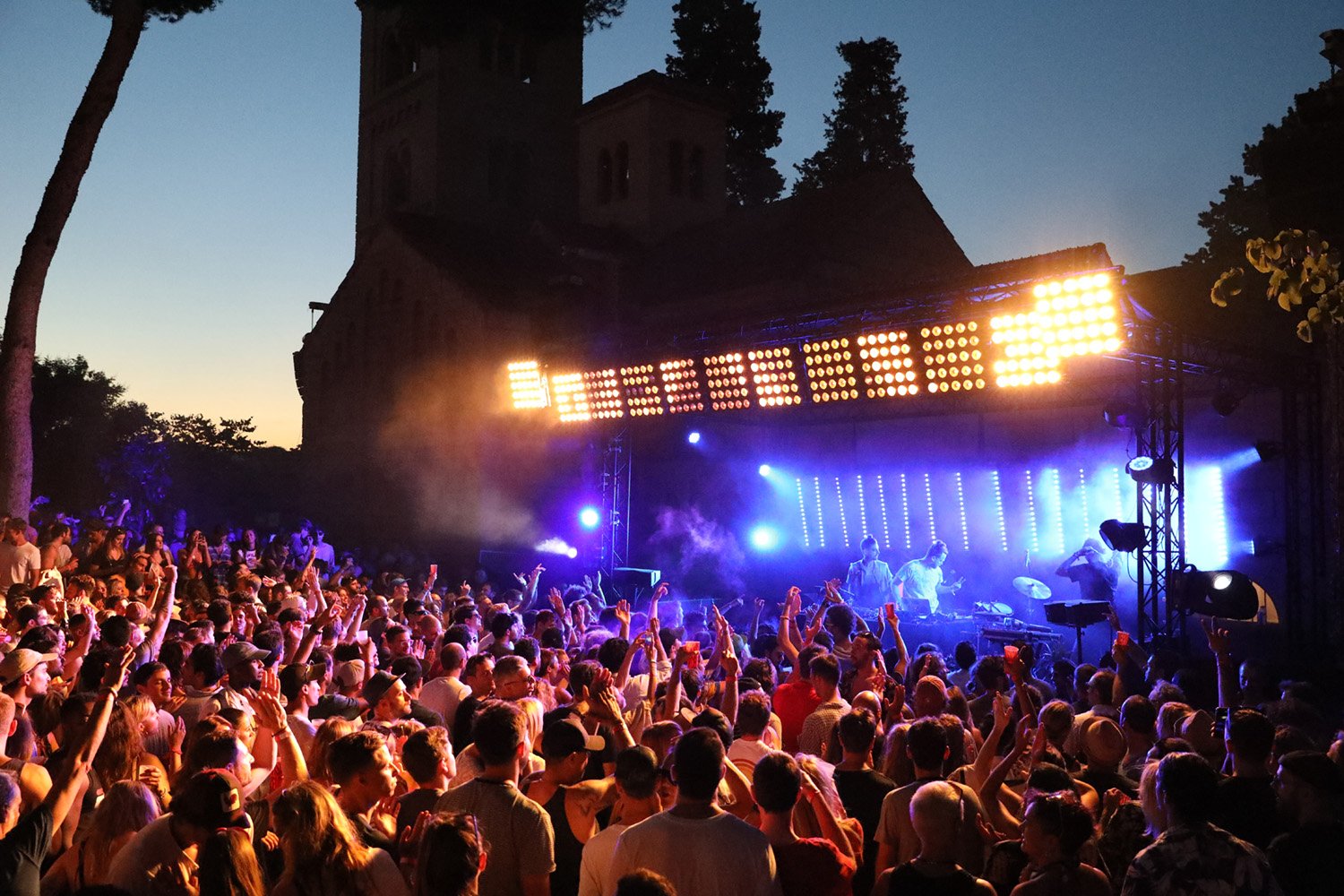 Leaving the best to last, Dixon & Âme, effortlessly commanding the crowd, leading us through an anthemic set of smooth tribal beats, layered synths and creative vocal samples. Creating a magical soundscape, that sometimes just has to be experienced to really understand.

Thankfully, you can listen back to a large chunk of the set through Resident Advisor’s live stream, in two parts;

If you missed out on OFFSonar this year, the team behind the programme have recently announced a series of summer shows to take place between 1st July – 16th September. With people like; Carl Cox, Paul Kalkbrenner, Richie Hawtin, Loco Dice, Marco Carola, Laurent Garnier and many more all set to play.

Check out further details of Brunch in the Park all via their website with tickets now on sale.

BRUNCH IN THE PARK