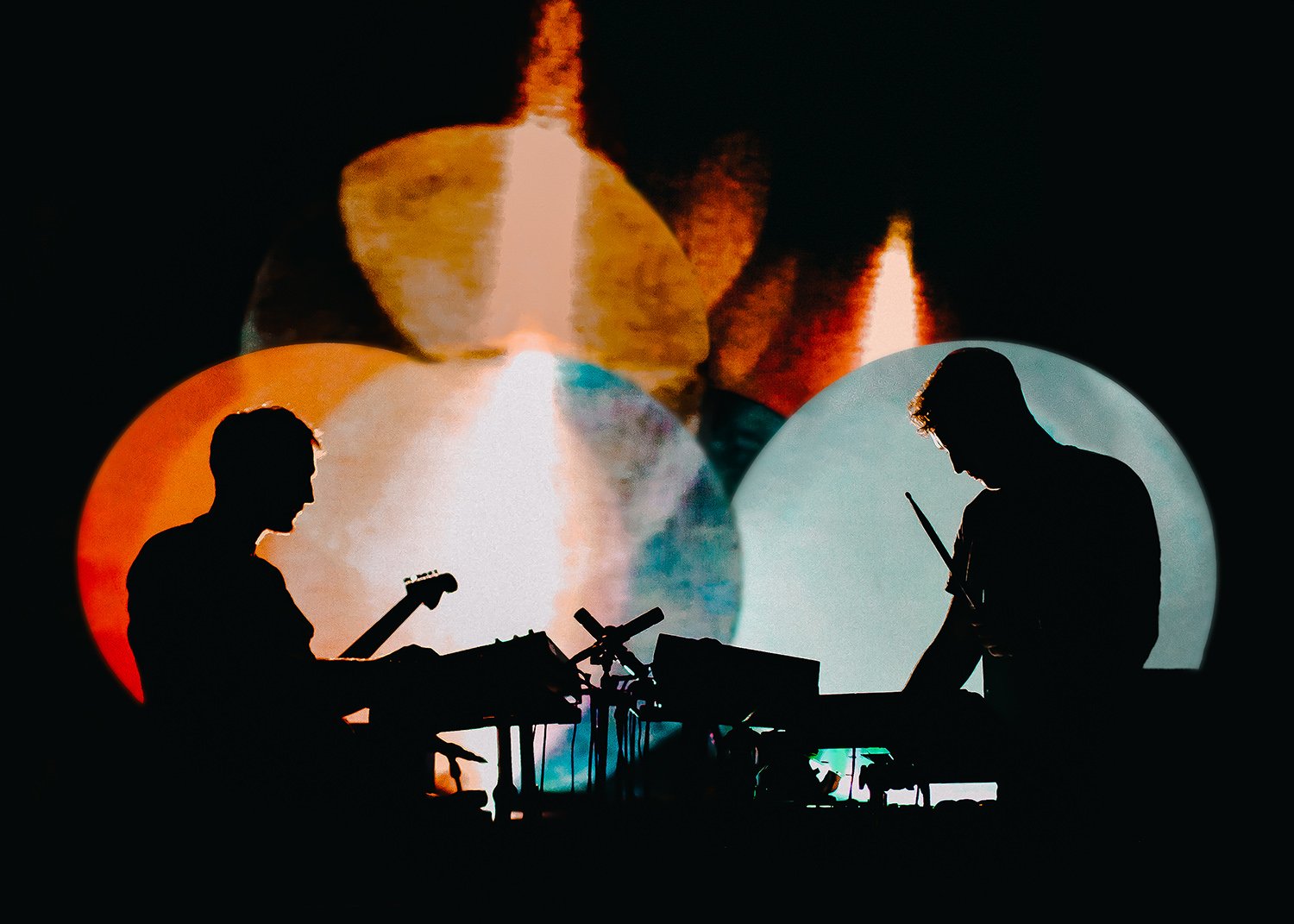 A sold out crowd at the Roundhouse eagerly anticipates the return of Maribou State and their newly polished live show, set against a colourful strobe of natural landscapes, enveloping the 5 piece band in near silhouette. They open with debut album favourite, Home, setting the mood and leading us all in on a dreamy sound-scape.

From here, we immediately lift the pace with middle eastern guitar licks and soulful pitched vocals for Feel Good and a collaboration with Texan based trio, Khruangbin.

Holly Walker’s entrance is met with a justified level of exuberant applause, for Steal. Walker’s stellar vocals and confidence oozes, and at this stage of the show it’s already flowing faultlessly.

So often seen as a two piece, it’s nice to see the album come to life; an album which has evidently had so much energy and love poured into it, following their 2015 debut. Shedding their earlier garage and trip-hop stylings of previous releases, Kingdoms in Colour has let the band bloom, and blossom into a tight operation which is so clear to see in their live performance. 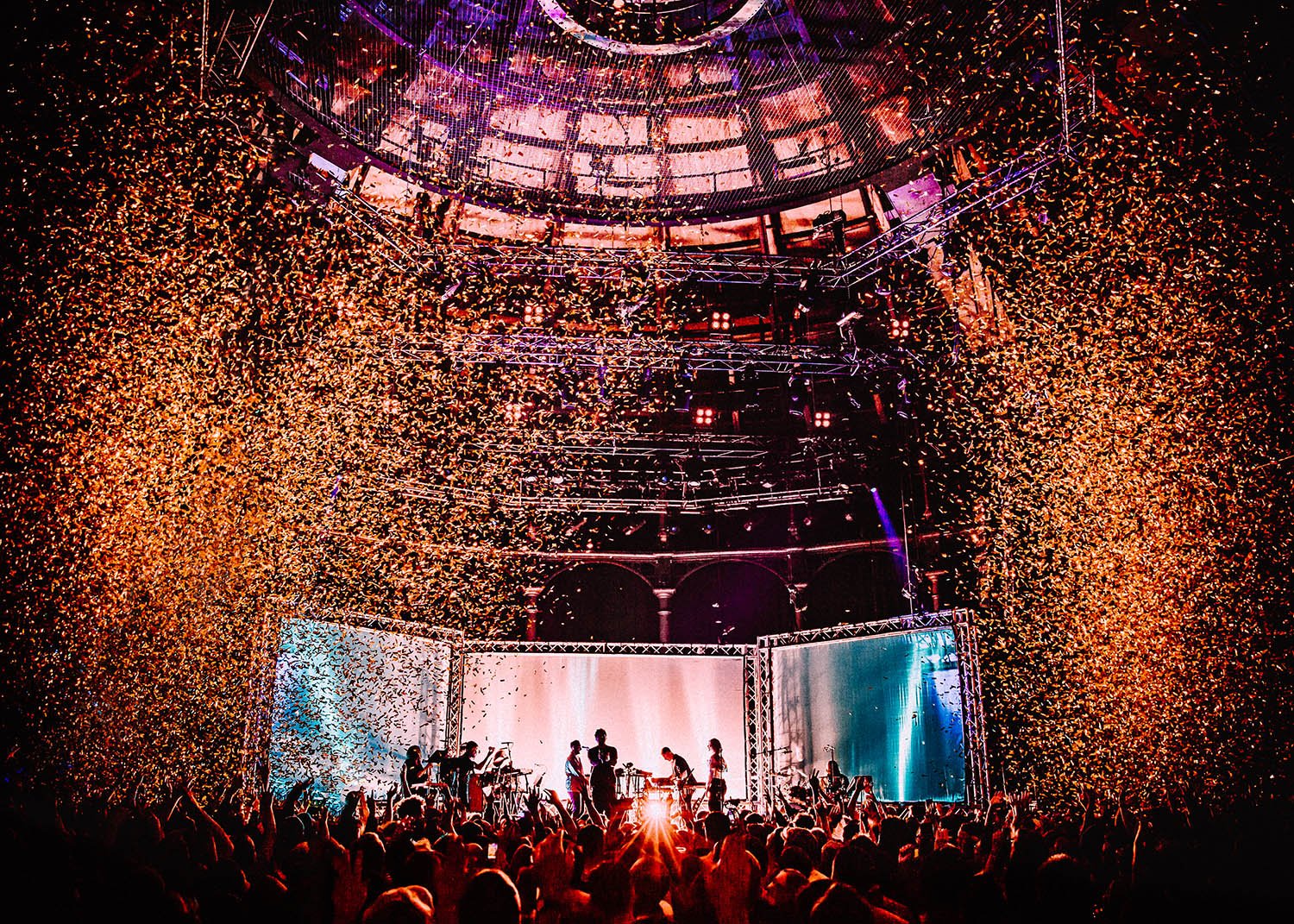 Hanging on to every track as if it were the last, the crowd are showered in a glittering haze of gold confetti, before the momentum mellows for (personal favourite) The Clown, seeing Jack Sibley, otherwise known as friend and fellow producer Pedestrian, breathing his angelic and extremely relatable tones.

“For you, I’ve played the clown, Stayed around, Did what I had to, For too,  for too long.”

Holly then returns to stage to belt out (what might just be the bands most successful song to date) Nervous Tics. Bless the young couple next to me, who were giving their best ‘X factor’ performance, as it has apparently reached anthemic status already.

Following this, the first single from Kingdoms in Colour, Turnmills was obviously an instant hit, with funk layered percussion and somewhat meditative chimes. The encore ends on an obvious high, with previous hit single Midas.

Maribou State have truly come into their own with this album, and their return to stage has only sealed that deal even further. Ones to watch, and ones to inspire.

You can catch them on their world tour in 2019, tickets now available; HERE