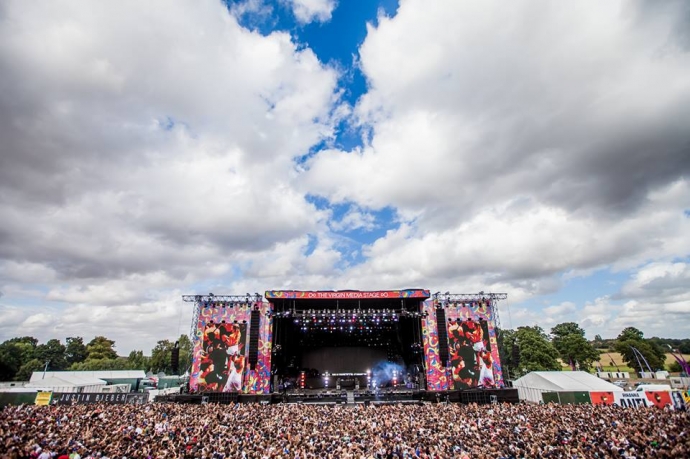 All you have to do is scroll through one of V Festival’s Facebook posts to see a barrage of people complaining that “the festival used to be cool” and no longer gets “proper artists with proper music” on the bill. While most of these comments are made by pop-hating 40-somethings wishing that Oasis still headlined every festival going, do they ultimately have a point about the type of music fan it now attracts?

A quick scan down this year’s line-up and you’ll see that a good proportion of the acts are found on the Radio 1 / Capital FM daytime playlists – headliners Rihanna and Justin Bieber, Sia, Little Mix, Years & Years, Bastille, Example and Jess Glynne to name a few. While all of these artists have released excellent pop albums over the past few years, they also have something else in common: a back catalogue of massive hit singles.

Standing amongst the crowd for both Rihanna‘s and Bieber‘s headline sets, it was evident that the majority of people had no interest in hearing ANTI or Purpose album tracks – even though these two albums both sold incredibly well in the UK. It was a shame to see many people leaving Rih Rih‘s set, clearly disappointed by the lack of recognisable songs. The crowd for Bieber was the same, even booing him at a couple of points during his performance for reasons unclear – let’s not get into the miming debate now, okay? On the opposite end of the spectrum, we have the likes of Tinie Tempah, who played nothing but his well-known singles and created an absolutely buzzing, satisfied audience. He mentioned that this was his fifth year in a row performing at V, so has perhaps learnt what people want to hear.

As some artists didn’t deliver what the crowd wanted, there are other clues dotted around the festival that hint of the intended audience. One thing we noticed above anything else was the state of the toilets – they were pretty much immaculate. There was toilet roll and hand sanitiser in everyone, even on Sunday evening, and not once did we gag or have to hold our breath while weeing. V is trying to cater for those who may not used to living in a field for four days, and it felt like an absolute luxury to us regular festival goers. There was even the option of ‘posh’ loos (for a fee) and a pampering station for people to get their hair done – again, for a hefty fee. These sort of things would be laughed off the Reading and Leeds sites in an instant.

The other thing we noticed was the price of food and drink. While no festival is ever cheap these days, everything at V Festival seemed just that little bit more expensive. Luckily we were a little drunk when we spent £10 on two average sized boxes of curly fries or we probably would have cried. Also, if you don’t eat burgers, chips or Mexican food you probably won’t be eating at all.

This commercialism ties in with our point about the mainstream music on offer over the weekend, and it is easy to see why the casual music fan is so attracted to this festival.  It’s easy, clean and you’re pretty much guaranteed to hear that song you love that they keep playing on the radio. This isn’t a dig at the festival of course – we absolutely love pop music, and it’s great that there’s a place unashamedly dedicated to it during festival season. It’s just a little frustrating for the more dedicated music fans amongst us to see such dismissal of great live music because a large proportion of the audience aren’t interested in listening to entire albums.