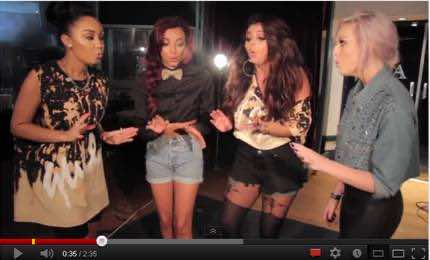 Little Mix have recorded an incredible acapella version of their latest single ‘DNA‘ for SBTV. The title track from their forthcoming debut album has been reinvented and already received a huge response.

‘Wings‘, the best-selling single of 2012 has also been storming the Australian charts currently sitting at number 3. The girls have been on a promotional tour down under at the moment meeting fans, doing radio shows, store appearances and appearing on popular TV shows.

Perrie, Jesy, Leigh-Anne and Jade will embark on their first ever 18-date headline tour in January and February starting at Nottingham’s Royal Concert Hall.

‘DNA‘ is released November 11th. Watch the SBTV video below!