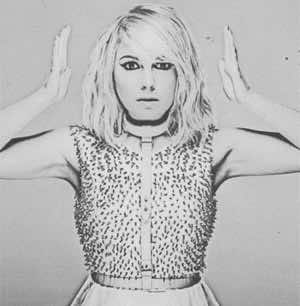 Following her Record Store Day release of ‘Every Night I Say A Prayer’, Little Boots has unveiled her explosive new single ‘Headphones’.

With its slick melodic verses building into an enormous chanting monster of a chourus this infectious nu-disco anthem will be filling the airwaves and dancefloors all summer!

She has also enlisted an all-star cast to remix the single including house and garage producor Todd Edwards, French dance royalty Dimitri, The Knocks and pop-chanteuse Ronika transfroming the glittering pop into a darker beast with down-beat vocals. Listen to the Todd Edwards vocal remix and check out the tracklisting below!

Little Boots’ album will be released this autumn. ‘Headphones’ is out June 3rd.