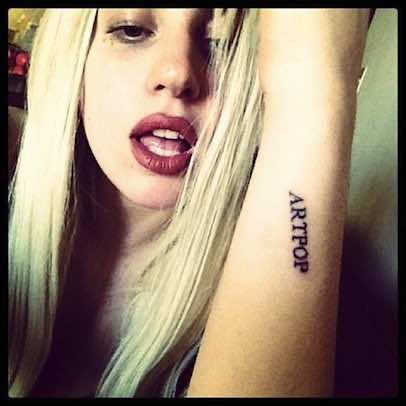 Last night (5/8) Lady Gaga announced that the title of her third album will be ARTPOP on Twitter and as you can see above it had to be announced in true Gaga style.

Gaga is still on her epic 110-date ‘Born This Way’ ball world tour  but is expected to release the new album early next year. “Make sure when writing about my new album/project ARTPOP that you CAPITALIZE the title it’s all in the details,” she wrote.

Her Little Monsters have already been treated to new material after she performed a melancholy piano led song called ‘Princess Die’  in June and a dance-heavy track the following month.

Lady Gaga will be in the UK for a pair of dates at Twickenham on September 8 and 9 and a third show at the Manchester Arena on September 11.

In this article:Artpop, Lady Gaga