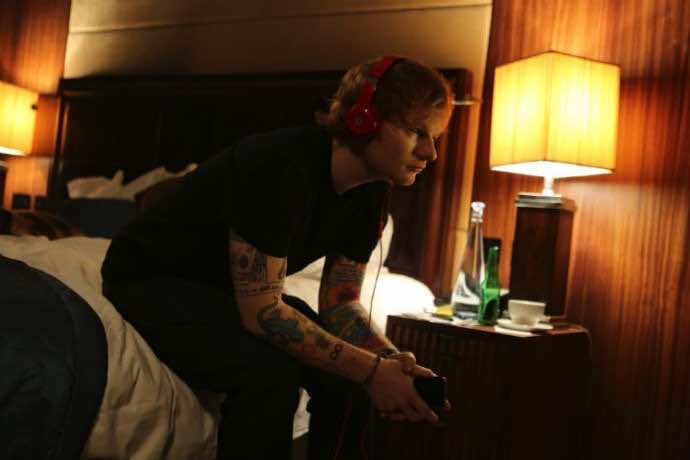 Ed Sheeran’s new album ‘x‘ has soared to the top of the UK Charts and in doing so in just a week, it has become 2014’s fastest selling album.

It’s unsurprising the figures are so high considering Sheeran’s last album ‘+‘ has already sold well over one million copies in the UK.

Moreover, the ‘Sing‘ star has another reason to smile as his set is predicted to sell over 200,000 copies across the pond in the USA where it should also reach the top spot.

Back to the UK Charts, Sam Smith moves up one to take the second position with ‘In the Lonely Hour‘, Lana Del Rey’s ‘Ultraviolence‘ falls two positions to take the third spot. Coldplay’s ‘Ghost Stories‘ and Paolo Nutini’s ‘Caustic Love‘ round out the top five.