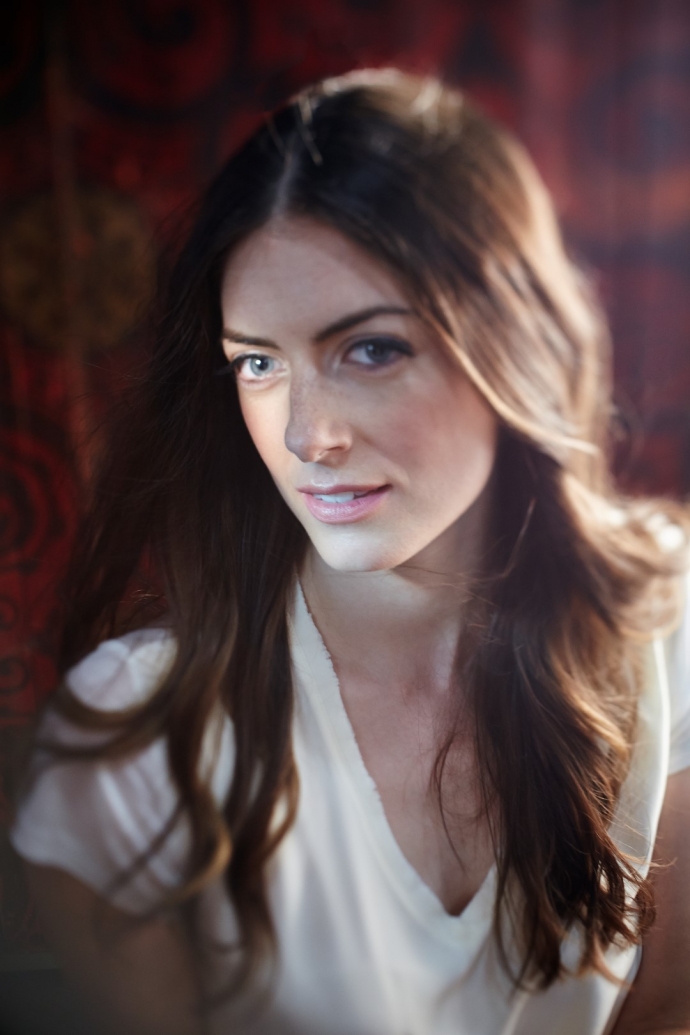 Since we introduced singer-songwriter Callaghan back in February, she’s come a long way. Having steadily built herself a reputation on the folk scene back home in the UK and the US where she has been residing for the last five years, the singer has just had her busiest summer yet, including a string of festival appearances!

We thought it was time we caught up with Callaghan to find out how 2015 has gone for her so far, get the lowdown on her house tour, musical inspirations, her new single and what’s next in store!

HTF: So, you have had a busy summer playing festivals all over the UK. What has been your favourite?

C: There are so many amazing festivals that go on in the UK every year, and I was so thrilled to be able to play at several of them including Secret Garden Party, C2C and Cambridge Folk Festival. They all had their own style and vibe and were really different which was great fun as a performer. Playing at The Cambridge Folk Festival was a special thrill for me because it is such an institution and so many iconic songwriters and performers over the decades have played there so it felt really special to be a part of that.

HTF: You have also been playing  a lot of shows in fans houses! What made you decide to do them?

The house concert tour gives me a chance to reach fans in parts of the country my regular touring might not take me to, and they also enable me to build my fan base. House concerts are about as intimate as you can get for a concert – someone is hosting you in their own home and inviting all their friends to come and listen to your music. By the end of the evening I’ve usually made loads of new friends and all the people then go home and tell all their friends about my music, so the fan base builds really well. Usually after a few house concerts in a new area, I’ll be able to go back and do a show in a public venue and lots of the new fans will come out. It has worked really well over the years and I enjoy the intimacy it creates with my fans. I also love doing the public shows and getting to perform in bigger venues with my whole band. I think it’s all about variety and keeping touring imaginative and engaging.

It’s been really fun starting to do more house concerts over in the UK as well and seeing them become more popular over here.

HTF: If you had to play your last ever gig tomorrow, where would you choose to perform?

C: I would love to be able to perform at The Royal Albert Hall. It has always been an ambition of mine to

HTF: Your music blends various genres including pop, rock and country. Who or what are your main sources of inspiration?

C: I have a very varied taste in music, from many different genres. My main inspiration comes from the passion or feeling behind the music rather than what genre it is. I think whatever the style or production, for me a song needs to create an emotional connection with the listener and move them in some way. Whether that’s move them to tears, make them think about something in a new way, or make them want to get up and dance! I’m really drawn to big voices and performers like Freddie Mercury, Michael Jackson, Celine Dion, and Elton John.

HTF:  You have just released your new single ‘When You Loved Me’. What made you pick that one to release?

C: This song has always been a favourite of mine. It was inspired by a friend I met when I first moved to Atlanta. She was in her mid-80’s and had grown up in New York City. She told me a story one evening about the first man she fell in love with and how despite them not ending up together, decades later she had never forgotten that feeling of falling in love for the first time. I think it’s something that everyone remembers and everyone can relate to. Sometimes the simplest idea can create the best song, and there’s definitely a lot of raw emotion in this one. It’s always one of my favourites to perform live at my shows.

HTF: Ever thought of doing any collaboration’s in the future?

C: I love the idea of collaborating with an artist that is quite different from me. I think at the heart of a good song is always the melody and lyrics coming from a genuine place and the way it’s treated in the studio with different production can transform a song in so many different ways. One of my favourite bands is Coldplay who would be amazing to collaborate with and get to experiment with on production styles.

HTF: And finally, any major plans for the rest of the year and 2016?

C: I’ll be writing a lot more, particularly once I’m back home in Nashville and have some time off the road. I’ll also be coming back to the UK lots more in 2016 for more touring which I’m really looking forward to!

Take a listen to Callaghan‘s single When You Loved Me below!