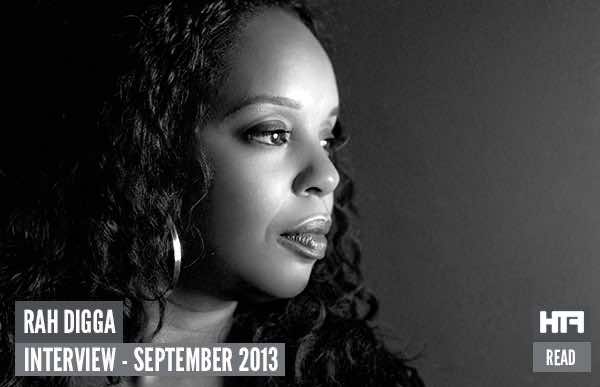 HTF caught up with one of the most influential female Hip Hop rappers that have ever walked this planet, Rah Digga. You might remember Rah playing a major part in the Hip Hop Group Flipmode Squad but since then Rah Digga has been experimenting with music with her first Volume of ‘Hood House‘ as well working on a mixtape droping before hew new album.

HTF: Yo Rah, thank you for spending some time with HTF Mag today. First of all how’s things going with you?

HTF: We had a chat with Tony Touch recently & of course you & Angie Martinez featured on “Ladies First”. What did you think of the full 50 MC album?

RD: Tony is my man. I think it’s dope that he is preserving the legacy of freestyling and straight spittin. So many DJs and producers that put albums out seem to only be concerned with rounding up all the commercially high profile stars for sales and the music always sounds contrived.

HTF: What did you think of the other tracks the other former Flipmode members were on – any in particular stood out?

RD: Not really. Everybody did their thing.

HTF: Is there any talk that maybe one day in the future you would work on something with any of the other ex Flipmode members?

RD: No. There’s talk here and there about doing shows together but musically there will never be a Flipmode reunion.

HTF: Everyone’s been talking about Kendrick’s verse on Control. One response that stuck out for me was by ex Flipmode member Papoose – you heard it & what did you think on that?

RD: I think those were the best rhymes I’ve ever heard from Papoose. Battle rapping tends to bring out the beast in people. Hip-Hop has lost its tenacity for that. I’m glad Kendrick stirred the pot.

HTF: Kendrick’s message was clear that he’s trying to bring traditional elements of hip hop Emceeing back. It got me thinking on female Emcees & wondered what you thought of contemporary artists like Nicki Minaj & Iggy Azalea and how they’re representing female rappers?

RD: I think they represent a generation of females who were inspired by Lil Kim. I don’t have anything against that but I was inspired by a different breed such as MC Lyte and Queen Latifah. I feel like we’re apples and oranges.

HTF: In your track “I Heard You Say” you say “Come on Digga man we tired of the same old ho’s / you owe it to the girls tryna get they shine using bodies instead of they minds”. Do you think we need a female MC, or MCs to do something similar as Kendrick’s verse to change the situation you describe?

RD: I think it’s going to take someone as high profile as Kendrick to do it. Kendrick isn’t the first rapper to complain about Hip-Hop losing its’ credibility. There are artists that speak out against things all the time but they get dismissed as “haters” or “irrelevant”. I just recently released a track called “New Hoes” which is a cover of Kanye’s “New Slaves” attacking the social acceptance of kids twerking but it will come and go on the blogs until someone who is more visible to this generation speaks out about it. So far everyone with that power continues to make twerk anthems and music that I personally feel is detrimental to the inner city youth.

HTF: Your most recent material is very different in style with the Hood House EP. Where did the idea for this project come from?

RD: I’ve been listening to house music since I was a child. I’m a Jersey native and deep house is the numero uno genre of music here. I created this EP because I’m finding myself listening to more house and less rap as I get older simply because I can relate to it better. The idea is to spit over some of my favorite classic house tracks and mash them up a bit. I’m totally in a Jersey state of mind on this one. No matter what I rap on tho I’m always going to challenge myself and find a way to grunge it out lol.

HTF: I loved your flow on the beat, it felt you understood the genre very well. Which house DJs do you listen to & what inspired you to make this EP?

RD: There is no particular house DJ that I study; it’s just something that’s already deep rooted in me. The EP is going to tie into a project I’m working on called “The Dance Network”. It’s a community center I’m creating to lure kids and young adults off the streets. It will have a “Breakin” (the movie) based theme. It’s something I know the local people will appreciate since dancing is the number one pastime here besides crime. There is a kickstarter project underway for it now.

HTF: Would you look to make Hood House Volume 2?

Absolutely!! The first volume is called “Hood House: So Jersey” but it contains mostly Chicago classics. It would be appropriate to release a volume 2 titled “Hood House: So Chicago” A lot of Jersey artists are seeing this as a new lane for them since you can’t tell us we didn’t invent house (we know it comes from Chicago just let us live lol). Who knows, with the impact house has had in Europe there may even be a volume 3 “Hood House: So Europe”. Guess we’ll just have to wait and see!

HTF: There’s rumours of a new mixtape and an album coming next year, and possibly a tour over here – what can you tell us about that & who have you been working with?

RD: Yes I plan to release a mixtape immediately after the EP for my core Hip Hop audience. Not everyone is on board with Rah Digga doing hip-house. Therefore it is my duty to remind folks or in some cases, introduce folks to the ways of ‘straight spittin’ as per Rah Digga AKA Dirty Harriet. The album will not come til sometime next year; I’m shooting for April. Touring is always on the table when I release a project so you can definitely expect that. I’m not at the collaboration stage yet. I like to complete whole projects on my own and then if someone appropriate for a song comes along I run it by them. I usually only collab with my friends on my own projects. I like to make records organically. I don’t believe in chasing people for verses because they’re hot at that moment.

HTF: Thank you for spending some time with us Rah. Before we leave, would you like to say anything else?

RD: Yes follow me on twitter & IG @therealrahdigga. Thank you all for your long time support. I’ve been doing this for close to 2 decades and I don’t plan on stopping now so get used to it. If the Rolling Stones can tour and make music for 50+ years dammit so can rappers!!

Advertisement. Scroll to continue reading.
In this article:Rah Digga 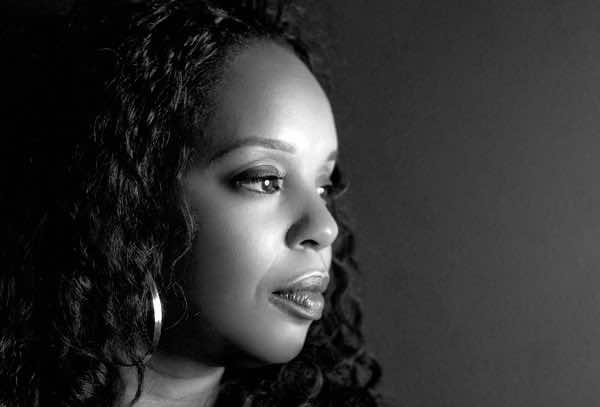 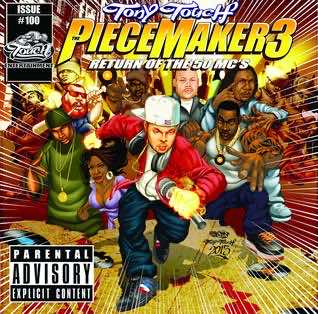