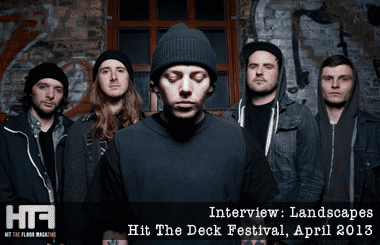 Landscapes are a band that tour relentlessly and with ‘Life Gone Wrong’ hitting our ears last summer and a new release on the cards Landscapes truly never stop.

We caught up with vocalist Shaun ahead of their set at Hit The Deck Festival. See what he had to say about Europe, Canada and olive paste.

You can find out more about Landscapes via their official facebook page: https://www.facebook.com/LANDSCAPESUK

HTF: How was Bristol?

Shaun: It was good, to be honest it was a lot better than we expected. We don’t really have much of a following in Bristol so we didn’t expect much, but in terms of the amount of people that were there to see us it was really cool. Personally I think the venues could be worked a little bit better, things were too spaced out but other than that it was a really good show.

HTF: Do you reckon Nottingham can top it?

S: Definitely yeah, because things are so much closer people can just come check us out. This is the first time we are playing Nottingham,  we were supposed to play here about two months ago on The Ghost Inside, Rock Sound and Impericon Tour but it was the first show of the tour and because we had to fetch drums from London and then we met rush hour traffic we missed it.

HTF: How would you describe a live show?

S: At the end of the day I only look at us as another band, so anything that we can bring to the table is a bonus. I do think we sound different but we are all trying just as hard as one and other, we used to be quite a fast sort of hardcore punk band but these days we’ve mellowed out and found more of a common ground so we are finding ourselves as a sort of hardcore kind of emotional rock… to a degree.

HTF: Have you had any unusual riders?

S: Sometimes you get some weird ones, on the Counterparts tour we were in Italy and a guy turned up with our food.  We were starving as we’d driven from Vienna and this guy came in with olive paste, bread and potato chips and we were like I don’t know what to do with this, you can’t mix those things together.

S: So the first time we toured Europe and we played in Forst, Germany. Nobody knew who we were and the venue was in a derelict building so there were a lot of interesting characters there. People just kept flicking the lights out so I ended up sleeping in the van to be away from it all,  but as people left the venue they all kept banging and pissing on the van, I was pretty freaked out.

HTF: So how was the rest of Europe?

S: It’s really good, we did a European run before we really toured in the UK so we’ve always looked at Europe as our main interest as to where we want to tour. They’ve always treated us with great hospitality, given us great opportunities and met tons of people along the way. They look up to bands from the UK and USA so you can’t take it for granted.  When you go over to these countries you can count it as a bit of a holiday and the next you know it’s lads on tour getting really drunk and it can upset a few people and sometimes outstay your welcome so it’s something we tread very carefully with. We try to keep it very respectful but a lot of bands including my band as well can be a nightmare sometimes. European promoters and audiences are more grateful that you’ve made the effort, they make sure you have a good show as much as they want a good show, they always give you a place to sleep flat and the promoters will often go out of their way to make sure you’re fed. They look after you in every way possible.

HTF: Excited about your upcoming tour with Polar Bear Club?

S: We met those guys briefly towards the end of last year at a show in the Bristol.  We played The Fleece with This Is Hell and Polar Bear Club played at The Exchange which was about 20 minutes down the road. The shows coincided but they were not meant to clash, it was there as a whole show but in the end it made one venue empty and the other very packed. But at the same time it was cool to hang out with those guys. We already knew their drummer Steve Port through a band he used to be in and we had helped them out in the past when they got stuck on the road in the UK so we struck up a friendship through that anyway. So were really excited to be out with those guys, I’ve liked that band for a long time.

HTF: We’ve heard there are plans to tour Canada?

S: It’s in talks, we toured with Counterparts who are from Canada and we hit off with them really well. They’re very similar to us in music style we had the same crowd reaction so there was no idea of ‘oh you got a better crowd than us tonight’ it was exactly the same for both of us. So we sort of talked about touring together and getting on their release tour. And no they are recording their new album we confirmed so it’s all still in talks at the moment, but it is definitely in the making.

S: So there is the Polar Bear Club tour, a number of festivals, Canada plans. I am the mother of the band so I liked to know what’s going on. We are in talks of other tours so I don’t want to say anything about them at the moment. We always writing and working on releasing another full length for early 2014.

Advertisement. Scroll to continue reading.
In this article:Hit The Deck, Landscapes

Landscapes have created in interesting merger of styles with their latest release. Find out what they've done and just how well they pulled it... 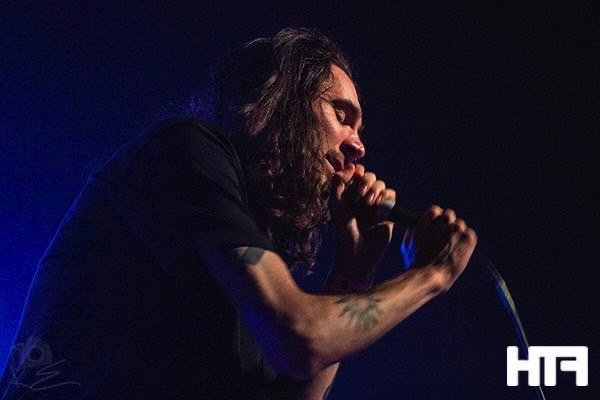 As It Is were our highlight of Hit The Deck festival. You can see why we enjoyed them so much right here 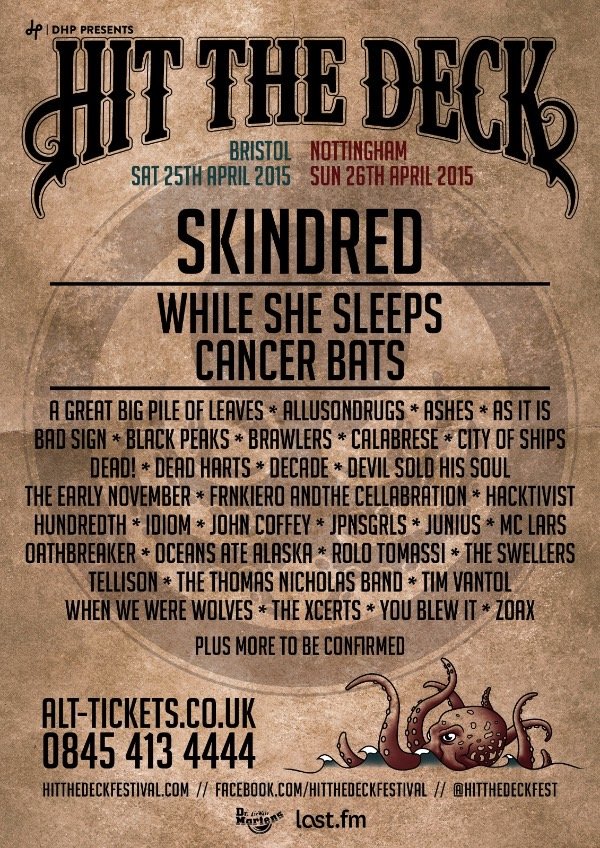 We've had a think and put together a list of the bands we want to see the most at 2015's Hit The Deck. Check...