Dubbed the ‘SXSW of Britain’ The Great Escape lives up to its ‘Glastonbury-On-Sea‘ comparison year in year out, and this year is no exception.

Brighton is home to The Great Escape festival, three days in the sunny seaside town presenting 300 new local and international acts across 30 venues throughout the city. The festival is world famous for the huge acts they have introduced to the world on it’s small stages from Bon Iver, Ed Sheeran, Adele, Mumford and Sons and Tinie Tempah. So who will stand out from the crowd this year and be 2012’s next big thing?

With more and more artists being announced it’s hard to keep up with their ever extending bill of new upcoming acts! Opening the festival at the Brighton Dome on Thursday 10th May are double platinum selling Maximo Park showing everyone how it’s done. Then the weekend starts on Friday with a variety of acts from Catalan garage to Australian Electrochant. A staggering host of remarkable sounds are announced already from  Mystery Jets, Lianne La Havas, Madeon, Alt J (Ã¢Ë†â€ ), Dry The River, Friends, Alabama Shakes, Ema, Howler and Zulu Winter.

The Friday lineup for the Rock Sound stage at Concorde 2 has already been announced with We Are The Ocean, Hawk Eyes, 22 and Mallory Knox on the bill. Tickets for this event are on sale now, click HERE to purchase. The Rock Sound stage will be accessible for all over the age of 14 for all three days of the festival.

More acts are still to be announced so keep checking www.escapegreat.com for more info on the lineup and tickets. For now check out a short film from the festival and the awesome interactive poster below! 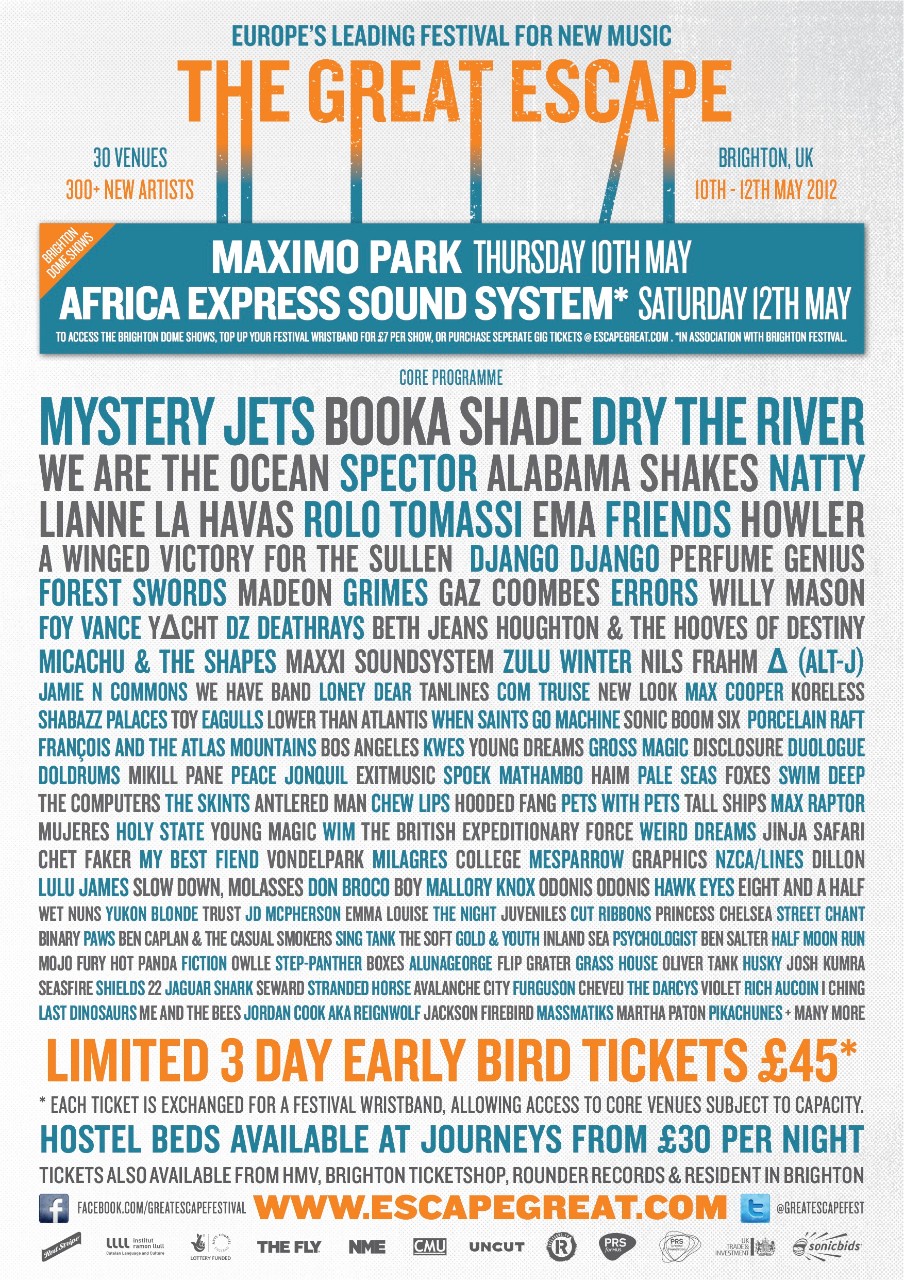