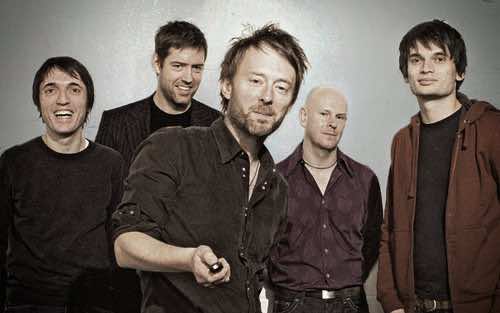 Footage has emerged of Radiohead performing a new song, ‘Full Stop’, at their headline show in Chicago at the weekend. Before debuting the song Thom Yorke said it gets “better with age…like wine“.

If that’s not enough to excitement for one day, there’s news floating around that the band might be working with Jack White. Billboard report that during the band’s set at Bonnaroo Music and Arts Festival earlier this year Yorke dedicated ‘Supercollider‘ to Mr White after bumping into him the previous day. “A big thank-you to him, but we can’t tell you why. You’ll find out“. Sooner rather than later we hope!

Watch a fans video recorded in Chicago of ‘Full Stop‘ below!

In this article:Jack White, Radiohead