2011 has not been it seems for vintage designer store, Lucy In Disguise. Amid speculation that the store, set up by singer Lily Allen and sister Sara Owen was entering liquidation, per rumors that the store had not been doing well. Lily Allen herself, has not been involved with the business since 2011, but sister, Sara Owen now runs the label and has revamped the website. 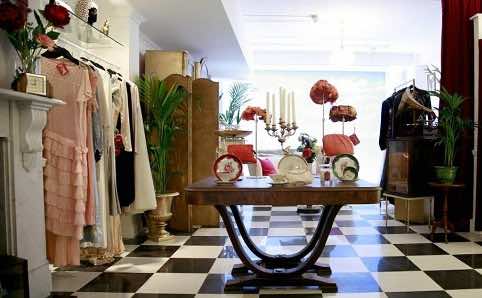 Aurora Fashions, who backed the clothing line has opted to liquidate the line which was originally sold at clothing stores. But the good news is that Sara Owens, wrote on the label’s blog that they are open for business and are going nowhere.

She also stated in her post that yes, there were some financial problems, but those are now behind the and they want to forward. The beautiful Soho store is open seven days a week and for the Christmas season, they hired renowned window dresser Lauren Baker, dressed their window for Christmas. Good luck to the them!

In this article:Fashion, Lily Allen, Soho