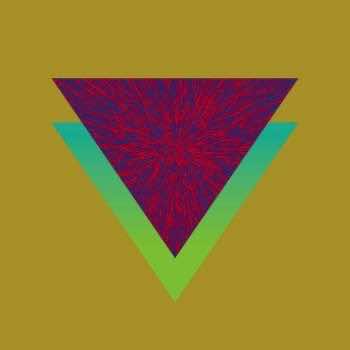 Two years on from their debut album ‘World Music,’ the Goat biography remains a muddled cluster of odd clues and unverified statements. Spokespersons claim the music was born in the isolated Swedish locality of Korpilombolo and has been passed on from generation to generation – the subsequent accumulation of outside influences bringing an evolution to the spirit of Goat’s music. This mystery in their identity is something that  brings a certain romance to the Goat message, as their music focuses not on the individuals involved but a complete unity of sounds and cultures.

As the album’s title  would suggest, ‘Commune‘ isn’t a step away from the congregation of foreign sounds displayed in ‘World Music,’ but a commune of the contrasting styles. The album’s opener ‘Talk To God’ is introduced by a ringing bell, each ‘ding’ gradually growing louder like some sort of trigger for hypnosis – docility brought full circle when met by the track’s trance-like eastern guitars, rolling bongo rhythm and ritualistic vocals.

Trans-continental ingredients are chucked into the concoction throughout the album, with curveballs coming from all angles. Intense tribal screams will be met with bluesy guitar licks before the harsh vocals turn hymn-like sweet only for the gentle guitars to echo proto-metal. This merging of cultures maintains the hypnotic tone throughout, and whilst being somewhat disorientating, these global micro-niches aren’t simply combined for the point of being experimental. They’re expertly gathered – the contrast of one sound only complementing its foreign counterpart.

‘Goatchild’ rolls through with a cool, wavy rhythm accompanied by 60s-sounding psychedelic tones; the wah-wah soaked guitar lines pulsating beneath a bright, soulful chorus sure to leave an impact. ‘Hide From The Sun’ and ‘Bondye’ are well-oiled instrumentals showcasing the typically diverse array of sounds; these two tracks flowing towards the end of the album as they lead on to final track ‘Gathering Of Ancient Tribes’. This truly feels like the soundtrack to some sort of sacrificial ritual as chants of “into the fire!” lead in to a manic 2-minute guitar freakout which burns furiously until being reduced to a single glowing ember.

As a whole, ‘Commune’ is a welcome advancement on the route Goat set with ‘World Music’, and whether its authors are a century worth of settlers from the scarcely populated Scandinavian town or not, they continue to produce a sound entirely distinct from anything else you’ll hear right now.