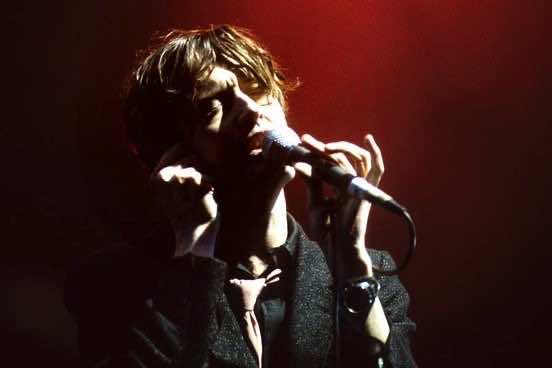 It’s 1995. Mum has just come back with a limited edition can of strawberry Pepsi and Jayne Middlemiss had just presented another edition of the best pop show in Britain, The O-Zone  The Glastonbury Festival with John Peel on BBC two is on.

The Stone Roses have cancelled what was to be their debut headline performance at the Somerset festival due to John Squire breaking his collarbone. Instead of Ian Brown shuffling around the damp stage shaking his maracas, a  fey looking front man named Jarvis Cocker dressed as a BHS Geography teacher standing with one arm in the sky, is  about to deliver his band Pulp to the masses.

‘Common People’ had just reached number two in the UK singles chart (a rare feat for an indie band back then) and the momentum for the Sheffield misfits was at dizzying.The year before they were half way up the bill on the NME stage. Their album Different Class was due to be released at the end of the year. Here was Pulp, an overnight sensation to some, if only they had know how much slogging the guys had done over the past 16 years.

The band only played a dozen songs (mainly from His N Hers) and debuted ‘Disco 2000` and ‘Mis-shapes’, but their performance on June 24th goes down as one of the best headline slots in Glastonbury history. Yes even better than Skunk Anansis.

Take a seat put down that Select magazine and turn off your mini disc player.  Enjoy Pulp at their best.