Indie legends Blur are back in business and have announced they have confirmed as a headliner at this years Hyde Park’s British Summer Time festival (June 20th). The band made the announcement in Soho, London today.

If that wasn’t enough, news of a brand new album is rumoured to be revealed today. An image has been circulating which is said to be the cover art and, according to people who have translated the covers text, is possibly titled Magic Whip. The bands last studio album was Think Tank back in 2003.

Check out the artwork below and more news as we hear it. How bloody exciting! 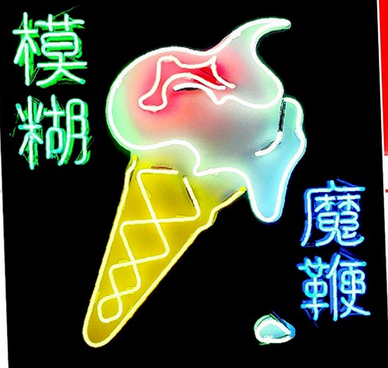