Prev1 of 23Next
Use your arrow keys to browse

Spanish based party giants, Elrow, just successfully smashed a totally sold out weekend in London. In three days Elrow bowled in and out of 4 parties across the capital, at The Village Underground, and Tobacco Dock to around ten thousand raring to go party revellers.

In true Elrow fashion, the lineups were a closely guarded secret but upon arrival, they did not disappoint. Forever focusing on pushing the boundaries in terms of production and performance, you can never go wrong with an Elrow party. Taking the question of the lineups out of the equation, you simply know that when going to Elrow you will have an incredible time, full stop. 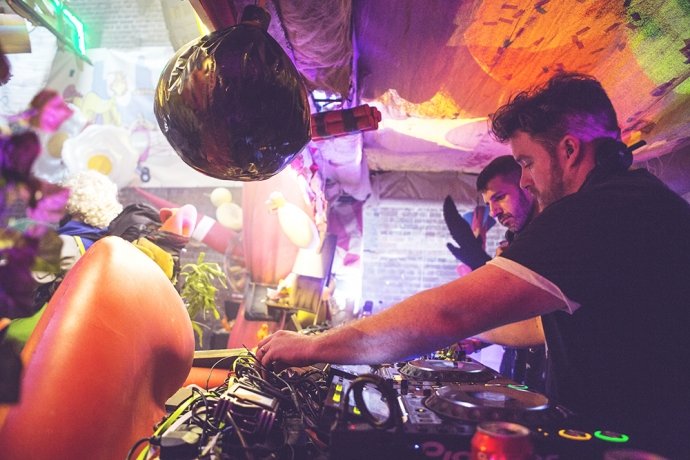 Whilst at Tobacco Dock under the guise of their utterly off the wall theme ‘Singer Morning’, Elrow gave us a glimpse into their evolving levels of production, by adding even more immersive activities and games into the mix. The set design absolutely transformed the venue and looked more like a mini festival, or something you might see in Block9 at Glastonbury.

Over at Village Underground, we saw the UK debut of the new theme, ‘From Lost to the River’. The brainchild of Elrow’s mascot, Rowgelia the chicken. The farmyard friends were out in full force to terrorise and descend on the party goers, armed with boat loads of confetti and enough inflatables to supply the titanic. 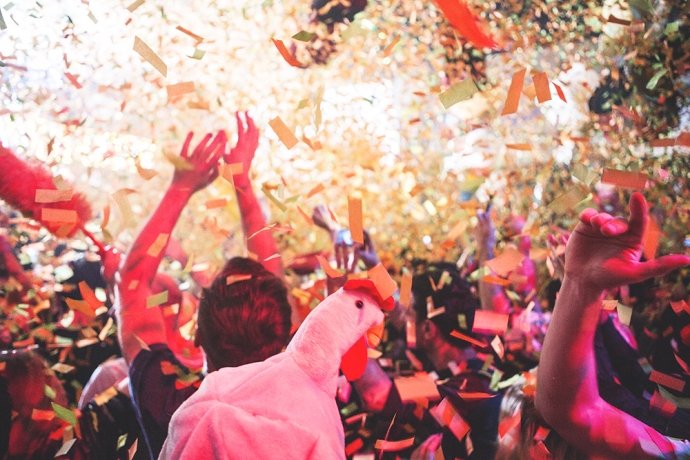 Fast becoming a victim of their own success, Elrow’s zany idea of fun and frolicks seems to be catching like a virus. You don’t have to go far nowadays to see confetti canons and inflatables exploding at a party. But that’s not the point, the atmosphere at Elrow cannot be copied. And you know what they say, imitation is the greatest form of flattery!

Check out our gallery below, from the final event at Village Underground on Sunday.

On Saturday 19th of August in an east end greenfield site (location soon to be announced), Elrow will transform the space into their own loony toon town, for a crowd of fifteen thousand. Elrow Town is coming, and simply put, it WILL be the party of the summer.

Do not miss out, and register for tickets now; Elrow Town. 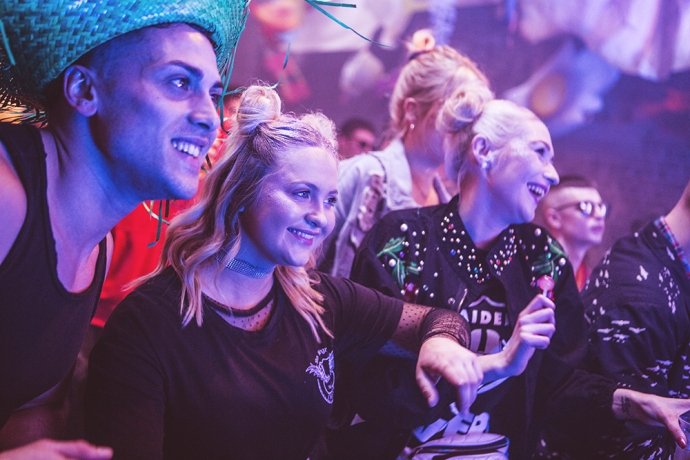