Day 2 of Tomorrowland‘s second weekend of madness has come to an end, and what a day! We discovered new stages, found a pub that served Belgian beer in a glass, and found The Church Of Love, where couples can go and have passionate intercourse, but more on that soon! With the sun beaming down in full force today, could today’s acts be just as hot?

Check our highlights from day 2 below and make sure to check out day 1’s review here.

Getting us warmed up for the day ahead was the job of Bristol’s Eats Everything. Performing on the Ketaloco stage, it almost felt like we had been transported to Crotia’s Hideout festival, with it’s bamboo stage attire and Eats Everythings soothing beach worthy house beats. All we would have needed was a Magerita to finish it off. Great house vibes that created a great start to our day. 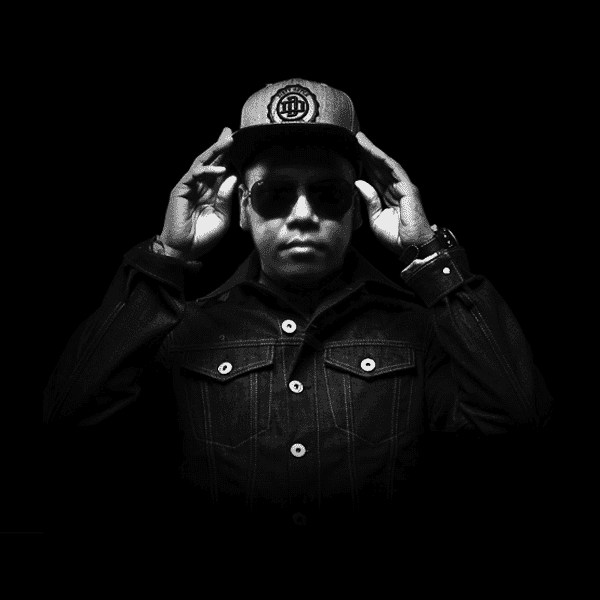 It was then off to sample the delights of Dutch DJ, Chuckie. Bringing some electo house to todays main stage, Chuckie put on a great performance and really got the afternoon crowd hyped. Comanding the crowd to get down low and jump on the drop created a sea of mayhem and welcome remixs of ‘Lights’ by Ellie Goulding and Daft Punks ‘Around The World’ created even more excitement as streamers fell from the mighty stage. 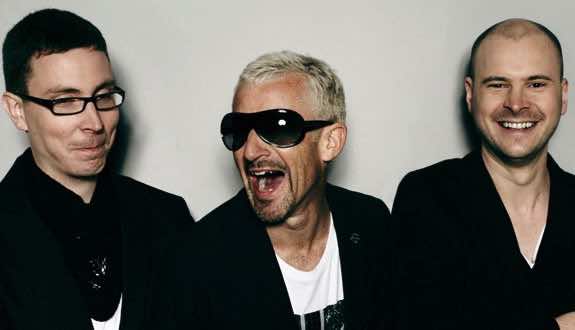 When Above & Beyond took to the main stage something quite didn’t feel right. A combination between the time of day, a member(Paavo) missing and a technical issue mid set that resulted in a short silence met that their performance wasn’t quite as exhilarating as normal. The crowd seemed pleased enough however, as they sang along to classics such as “A Thing Called Love”, “Alchemy” and the wonderful acoustic version of “Sun & Moon” to finish. 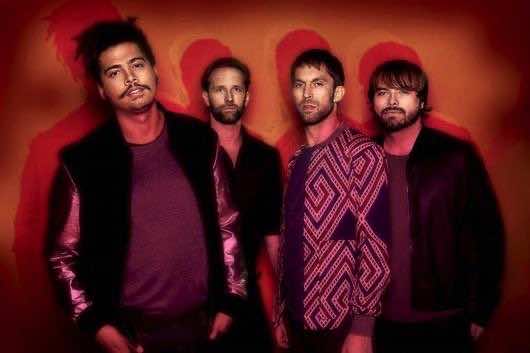 Unfortunately we couldn’t stay long for the Visionquest set but that was enough time for the group to make a huge impact on us. With incredible Techno beats on the Cocoon stage, the group managed to bring a different variety of atmosphere to the weekend, recreating the sounds of Ibiza in Tomorrowland. Seth Troxler was nowhere to be seen however, perhaps his hardcore partying days have finally had the better of him.

With a stage named Star Warz it would have been rude not to have stuck our head for a quick look. Hosted by the Belgian DnB events company of the same name, the stage has been a staple of the Tomorrowland line-up for the past 7 years and has featured some of the biggest names in the genre. Taking to the stage this afternoon were Cedex & Higher Underground who may not have packed the tent but did their best to deliver an energetic set of high-paced D’n’B. Luckily the handful in attendance were ready to lap it up and it was a small but lively crowd.

It seemed fitting for the Belgian producer and DJ Netsky to have such a prominent slot on the main stage, as the sound of EDM that had been echoing through the cone of hills surrounding it was silenced for the moment and replaced with some Dubstep and plenty of Drum & Bass. The crowd welcomed the diversity with open arms as they reacted wild to tracks such as Wilkinson’s “Afterglow”, the Sigma remix of “Somebody to Love” and some of Netsky’s own tracks “We Can Only Live Today (Puppy)” (featuring guest vocalist Billie), “Iron Heart” and his incredible remix of Rusko’s “Everyday”. It was a combination of this, the production and the crowd’s enthusiasm that made this one of the most memorable sets of Tomorrowland 2014. 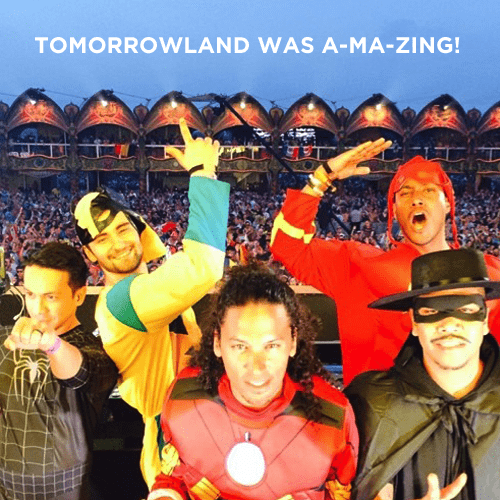 Superman Spiderman & Batman consist of Laidback Luke, Sunnery James and Ryan Marciano. When the trio combine, they produce a set that exceeds all expectations. Set on the Super Me & You stage in place of Carl Cox & Friends on Day 1, the production accompanying the set was none other than incredible. With a light jockey that clearly knew what he was doing and fireworks that lit up the enclosed stage area, set in the presence of an almighty big wheel, all the ingredients were in place to create the perfect atmosphere. While EDM had been the main flavour of the whole weekend and the genre was starting to tire a little, the trio managed to pull some neat tricks out of the bag which resulted in sending the crowd wild.

Subfocus took to the Star Warz stage to bring a bit of the British Drum & Bass scene to Tomorrowland. While his set was certainly not short of talent, we couldn’t help but start to feel the tent didn’t seem to live up to festivals flawless reputation, and with poor production (in comparison to the other stages), it did seem to have a dark, somewhat unpleasant atmosphere at times. The potential is there but it definitely needs a lick of creative paint to bring the stage to it’s deserved glory.

Having been voted the greatest DJ of all time by Mixmag in the past, as well as the number #1 DJ by Rolling Stone, we were expecting big things from Tiesto tonight. As you would expect, the visuals were incredible, with multi-coloured lasers covering every inch of the night sky and illuminating the crowd, it really was a beautiful sight to behold. Once you looked past the visuals though, tonights performance seemed to lack that spark that we would expect from such a legendary DJ. Nothing seemed to particularly grab our attention. Were we expecting too much? It also seemed at once point that his mixing went slightly off; although to be fair, he recovered well. Maybe it was just an off day for the Dutch legend, but unfortunately we walked away a little empty.

Headlining tonights Super You & Me stage, California’s Bassnectar delivered a hard hitting set that was equally as random in it visuals as it’s track choices. As we witnessed images of 3D rendered dogs, cats, skulls, and other mind altering chaos – oh, and cats on fire! – the music switched between dark filthy dub step, electro, trap, DnB and even rock/metal. A pummelling remix of Blur’s Song 2 really set the crowd alight, and ‘Noise’ from his recent album ‘Noise vs Beauty’ forced it’s way into your skull with the line “I do what I wanna do, I do what I like” now fully embedded into our memory banks for years to come. Bassnectar barely stood still in the booth and the crowd couldn’t help but follow suit. A brain destroying end to day 2.