Tomorrowland is no ordinary festival. Remember when Belinda Carlise said “Heaven is a place on earth”; well she must have clearly been talking about Tomorrowland. Taking place each year in the small town of Boom in Belguim, and recently in the US and next year in Brazil, Tomorrowland is a man-made haven of beautiful surroundings, beautiful people and beautiful music. Now the biggest dance music festival in the world, Tomorrowland is a place of legend with punters arriving from all corners of the globe to unite under the Belgian skies for three days of madness.

There are not many festivals that have the attention to detail that Tomorrowland has. Every time you look in the same place, you see something new. It’s not often that a festival can boast their own airline, complete with DJs on the plane, stages that look like you are visiting Disneyland, and wristbands that not only light up simultaneously, but can also be used to connect to new friends on Facebook by touching them together.

Being the tenth year anniversary of this almighty event, Tomorrowland is taking places over two consecutive weekends and HTF are on site for weekend 2 to give you a run-down of what’s happening at this year’s festival.

This year’s insane main stage design took things to a whole new level that exceeded previous years, setting the bar higher than ever before. Taking on a steam-punk-esque theme, huge cogs, fiery furnaces and even a giant water mill made up the huge construction, that would even put some theme parks to shame.

With a line-up featuring pioneers of Electronic music, there was no messing around. Opening this years main stage was none other than Swedish Techno/House producer Eric Prydz, fresh from his own label, Pryda. As the festival opened, crowds were filtering in and the Main Stage soon filled with punters ready for action. Playing for a three hours, Eric’s set was welcomed with open arms. A particular set highlight was the addition his Chvrches – Tether remix which sent an air of Europhia over the crowd as it was taken to a new level, blasting from the main stages huge speaker set-up.

Even small stages at Tomorrowland are a sight to behold. We venture over to the WDM Recordings stage to catch Bulgian experimental/house DJ KiNK play on a stage set up over the stunning lakes that make up much of Tomorrowland’s scenery. Complete with on-stage dancers and guest vocalist, it was nice to see KiNK mix it up with a great use of live looping and sampling of his vocalist, along with a beat pad, to remix tracks on the fly. A particular stand out track came with his remix of Jimpster‘s ‘Porchlight and Rocking Chairs’ which really made use of his techniques and had the crowd hooked.

Heading back over to the main stage, Holland’s Dannic asks the crowd “Are you guys ready to go freaking crazy? Make some noise”, to which the huge crowd kindly replied. Putting on an energetic set, it was clear to see the main stage was in full swing, and from here on in, it all got a bit crazy. With Wolfpack no longer appearing today, the main stage line-up was changed, with Nervo being moved forward, sadly meaning we missed their set, but we don’t think anyone was even slightly disappointed at Wolfpack’s no-show with what was to follow.

First to fill the gap, the Mad Decent bossman Diplo took to the stage for a banger of a set that had the crowd bouncing and their asses shaking, followed by a set from Martin Garrix who bought a whole new bag of tricks to the main stage throwing in remix’s of Fall Out Boy ‘Light Up’ and Linkin Park’s ‘Numb’. Still a newcomer to the the scene at only 18 years old, on the strength of his own material such as the incredible ‘Animals’, we can see Martin soon moving up the ranks.

Following this, we thought best to keep up the energy over on the Dim Mak stage with main man himself, Steve Aoki. Unfortunately we just wasn’t feeling the set today and compared to previous performances, it felt a bit flat. As much as we had guest appearances from Diplo, among others, something seemed to be missing and Steve didn’t seem as energetic as usual. We did see him throw three cakes into people’s faces though, can’t do wrong with that. Maybe it was just us, maybe Martin Garrix and Diplo set the bar too high. Who knows?

Rank 1 are probably best known for their Trance classics “Airwave” and “Awakening“, which DJs such as Armin Van Buuren and Tiesto are sure to have in their record collection somewhere. After a slow start on a sound system which struggled to keep the sound travelling during the breaks and quiet intros of the songs, Rank 1 were soon working the crowd into a frenzy, bringing out the club classics such as Underworld’s “Born Slippy” and Cosmic Gate’s “Shhh, Be Quiet, Listen”. Unfortunately we couldn’t stop too long, for the almighty Dixon was over on the Paradise stage.

Voted number 1 in the 2013 Top 100 DJs poll by Resident Advisor, Dixon has made a name for himself as one of the best in the business. We only stopped for a short while of his set, but wish we could have stayed longer. Sampling on to tracks in realtime, he was clearly on top of his game. After a quick cocktail at the bar, we found ourselves arriving at the Mad Decent stage to catch the opening of Chicago’s Flosstradamus.

Flosstradamus were ready to party tonight and had everyone bouncing from the get go as they stood high on the booth and hyped up the crowd. Dropping Ace Hood’s ‘Bugatti’, they turned the heat up even more, delivering a fiery and energetic trap/hip-hop set that showed why Flosstradamus are one of EDM’s hottest acts right now. After the Floss chaos, it was time to head back towards the main stage for a whole different experience.

Armin Van Buuren had his title stripped as number one in the DJ Mag’s Top 100 DJ in 2013 by Hardwell. With a lot of controversy around the Top 100 polls, many would argue that he still should be sitting at the throne as the best in the game. As the sun set on the Main Stage, trance legend, Armin Van Buuren, pulled out all the stops to deliver a set that was none other than perfect, as the biggest crowd we’d seen all day gathered to watch the Dutch master at work. We stayed for forty five minutes of his set, as we had to be back over at the Mad Decent stage for Dillon Francis, but the acme of what we saw has to be his recent re-touch of the mammoth nineties hit, William Orbit’s “Barber’s Adagio For Strings” famously remixed by Tiesto back in 2005.

As we left the main stage there were no words to describe the beauty of the stage and sheer respect we had for Armin Van Buuren. It was easy to see why many regard him as the best in the industry.

Known as one of EDM’s funniest DJ’s, Dillon Francis lived up to the title with strange visuals of his head spinning around or pasted on to small bodies. Dillon’s shows are always fun, and as he commanded the crowd to “Give it up for feel good music”, he supplied just that, dropping Netsky and shortly after declaring to see “the biggest pits possible”. Dillon teased the crowds with intros to TLC’s No Scrubs and Dr Dre’s Next Episode and towards the end the crowd dipped but only because the track demanded we ‘Get Low’ (DJ Snake). Dillon certainly put on one hell of a show. 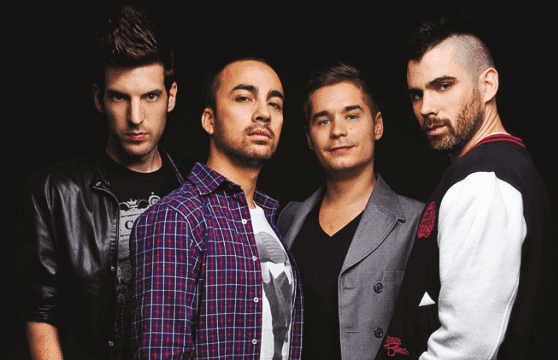 It was time to cue the sirens and prepare for extreme bass detonation, as Dirtyphonics took to the Dim Mak stage. With earth shattering lows vibrating across the dance floor and coursing through the bodies of eager skankers, they delivered a set that would give your mother a fright. Dirtyphonics take your average Dubstep and then go one deeper, combining it with filthy drops and elements of Trap that can be likened to artists such as Excision and Downlink, with an almost cult-like following in The United States. Taking the notch up a level we soon saw the set break into some fast and dirty Drum and Bass, ending the set that left the crowd hungry for more. This was without a doubt one of the best sets we saw on Day 1 of Tomorrowland.

Overall Day 1 left our feet sore, our minds blown and ready for more. Roll on day 2!