Outside Lands Music Festival 2014 is almost here and there have been new additions to the line up of musical performers, which includes: Green Velvet, Gorgon City, DJ Icey, Soultech “Gene Farris & Dustin Sheridan” and so many more.

In case you missed our previous post on Outside Lands, here’s what the festival is all about: Outside Lands Music Festival is the biggest music festival in Northern California. Set alongside the gorgeous Golden Gate Park in San Francisco California, the experience is like no other. Not only will there be the latest and greatest music artist on today’s music scene, there’s the culinary experience which is found in this city by bay.

Across the festival’s three fields in Golden Gate Park, the lineup will include 69 restaurants and food trucks with more to be announced. If you’re into wine, California has the best wine and inside the Hellman Hollow Field, winemakers are celebrated to the fullest with decorations showcasing what California wine is all about. 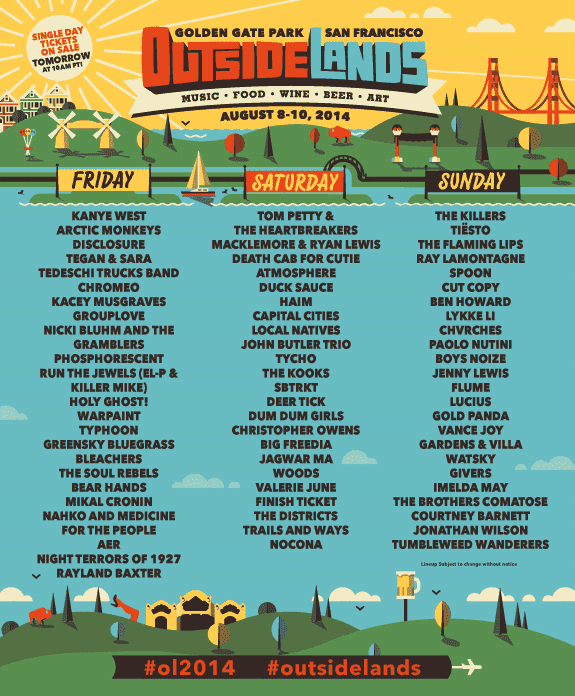