James Murphy  of LCD Soundsystem fame has been one to throw a curveball over the last few years. And this could be the biggest one to date – we’re talking boomerang levels of curve here. 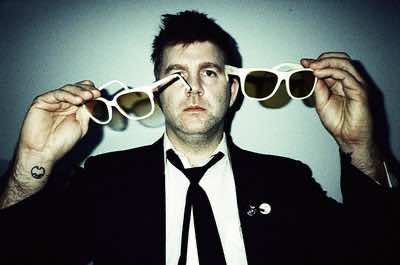 It’s been reported this week that the big man has embarked on his most contraversial project to date – producing a metal album.

Yes the guy who was so proud to have Daft Punk Playing At His House has teamed up with Iggor Cavalera the former drummer form Brazilian metal group Sepultura to form a band with his brother Max in a band called Cavalera Conspiracy.


Iggor approached Murphy to produce the project, who duly took it under his wing. The project is described by Murphy as ‘a metal version of The White Stripes…’ and will become ‘The heaviest record of their careers…’ sounds like one to watch to me…

In this article:James Murphy, LCD Soundsystem