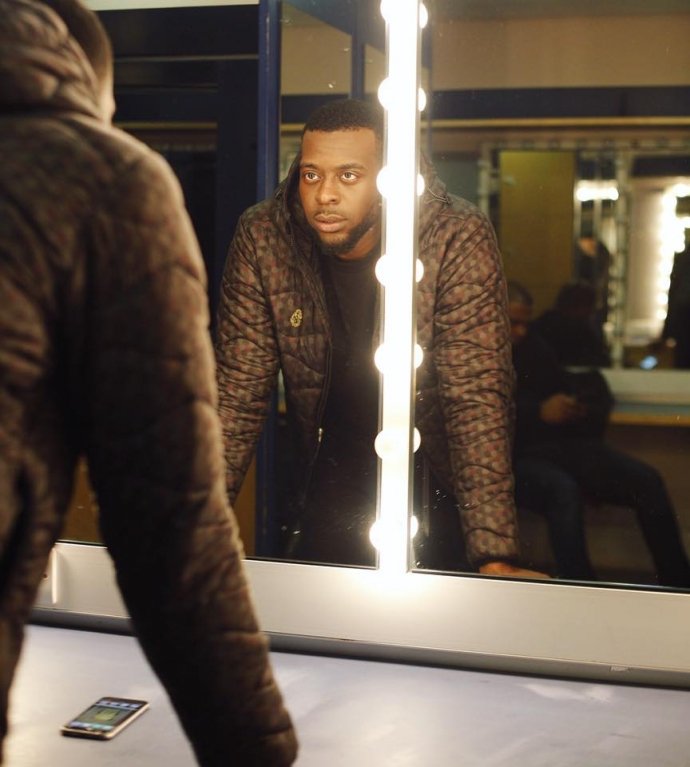 Dapz On The Map – Source: PR

Roundhouse Rising is back in London for the ninth time, and we spoke to Dapz On The Map before his BBC Introducing performance.

So far we’ve been graced with performances from Awante, Kai Jones and The Last Skeptik as well as many more. With this musical freight train in full force – BBC Introducing is just on the horizon. Wednesday 28th February shall be the day where BBC Introducing showcase some of the UK’s, most-promising artists, presenting unmissable music from 7 pm.

As per usual the bill of artists is one to admire; Alicia Harley, Dapz On The Map, Mvngo X Lashes, Shivz and Yizzy will all be performing.

The Urban UK music scene has some impressive talent right now; Ramz, Hardy Caprio, 808 Ink,  Daniel OG to name a few. But none pack quite the punch as Dapz OTM (On The Map). Bringing hard-hitting topics to the forefront of his lyrics and handling issues others fail to speak.

Not only has the Birmingham MC opened for Skepta’s Konnichiwa tour in his backyard, he also had the pleasure of supporting Kano, throughout the entirety, of his Made in the Manor tour. Learning invaluable lessons from the respected Rapgodfathers of UK Rap, on the business of the music industry, and the confidence needed to storm the stage.

We sat down with the Birmingham MC, to discuss his journey and what it means to be performing at the prestigious event.

For anyone who doesn’t know, who is Dapz On The Map?

“Dapz OTM is a Grime artist from Birmingham, who speaks on his personal high & low encounters while trying to sustain a career in the music industry.”

In a previous interview, you mentioned starting emceeing back in 2009. Fast forward nearly ten years, what has it been like navigating through the industry up to this point?

“It’s been a journey. Filled with excitement, disappointment, triumph & lessons. It took years to understand that music is primarily a business. I would just release music blindly, out of love, with no plan, structure or roll out. I know a bit more about how the industry works over the years, but still, think I’m learning to be honest.”

Have there been points where you considered giving up?

“I think I’ve felt like giving up twice in my career. Funny enough, the first time was just before I decided I wanted to do music full time. I had no buzz or identity in my city, never mind the game & was getting comfortable in the workspace I was within. I’d probably still be working there now but higher up in my position.”

“The second time was equally as mad when I think about it now, but it was shortly after I did my headline show back in 2016.”

“Thinking about it now, I burnt myself out & wasn’t prepared for the ‘come down’, being on such a high for so long. I started having meetings with labels & wasn’t used to the uncertainties & not getting back to the individuals I was introduced too. Which essentially slowed me down mentality and created a writer’s block.”

“It felt like I’d lost my power ranger confidence. But it’s back now. Music is a mind game. Gotta have your mind right.”

You’ve been working with Thomas Mellor since 2010, is there importance inconsistently working with the same producer, to what extent has your sound benefitted?

“I believe working with ‘The Locksmith’, on a regular basis has helped me. I have a particular vibe I like to bring, and I feel like Tom knows how to execute it, but at the same time do something that would challenge my way of hearing it in the first place, which I think is just sick! People in Brum would hear a beat & say that sounds like a Thomas Beat, or Dapz would suit this.

I understand a lot of his world & vice-versa. I’ve even found an ear for frequencies lol. Trust me it’s some proper technical producer stuff.”

What does it mean to you, in regards to waving the flag for Birmingham’s Grime scene?

“I don’t carry that responsibility on my shoulders as much as I used to anymore. I know my musical level. I guess I look at this as my journal, rather than look at what I’m doing for our city. I try to make the music speak for itself instead.”

‘Mini Valet’ has substantial radio play on BBC 1Xtra, what has that been like for you, considering where your career started all them years ago?

“I don’t consider ‘Mini Valet’ as a song. It’s a 64 bar of me venting to myself. It’s a personal reminder to myself never to get back into that end of 2016 mindsets. It has no chorus & got B listed, so to receive so much support gives me reassurance that whoever’s over at 1Xtra, believes in my music & understands the message. Big up 1Xtra!”

Over the last two years, you’ve had some impressive supporting roles on the tours of Skepta and Kano, can you highlight anything you’ve learnt, that you are putting into practice, from these two Grime heavyweights?

“Yeah definitely, I would say Skepta taught me to be more on the job & practical. I’d say Kano taught me stage confidence.”

How does it feel to be here playing at RoundHouse Rising Festival, and what can we expect from you this year?

“Always known RoundHouse to be nostalgic, so to be part of the festival is sick. I’ve got a project titled ‘Champion Settings’ on the way so look out for that early this year. DSAW”

For more information on the BBC Introducing Event follow the link-
http://www.roundhouse.org.uk/whats-on/2018/roundhouse-rising-festival/bbc-music-introducing/
In this article:Dapz On The Map, Dapz OTM