Within The Marble Factory, the Bristol crowd resembled horses in the starting gate as they passionately awaited the arrival of the man of the hour AMF signee, South-Londoner Benjamin Coyle Larner.

What was initially a humble crowd in pre-show performance by British duo Othasoul, had officially transformed into a packed show for his presence. With BFG being the opening track to what Dazed&Confused referred to as his “breakthrough” 2014 EP it only made sense for Loyle Carner to start with the insightful track that explores the grief of losing his step-father. Within seconds of hearing the chorus LC and his self-proclaimed best friend British MC/Producer Rebel Kleff had the audience wholeheartedly singing along to the raw lyrics and quickly chanting his name. 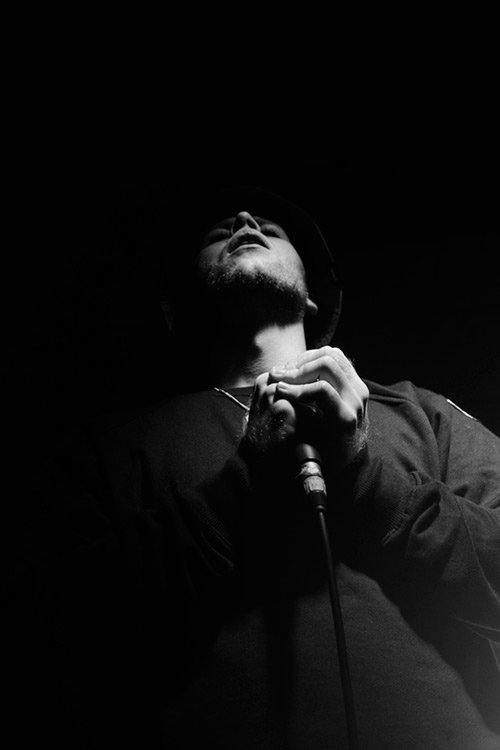 The most insightful and admiring attribute of LC’s performance and craftsmanship is his willingness to explore his admirations, affections, and despairs with the crowd. So as you can imagine when the track entitled ‘October’ dropped the crowd warmed to it instantly. The penetrative melody examines heartbreak caused by the departure of a loved one. This sort of insight is unique within the genre of Hip-Hop, but a quality the should be replicated across the board – it simply enables empathy from the listeners. 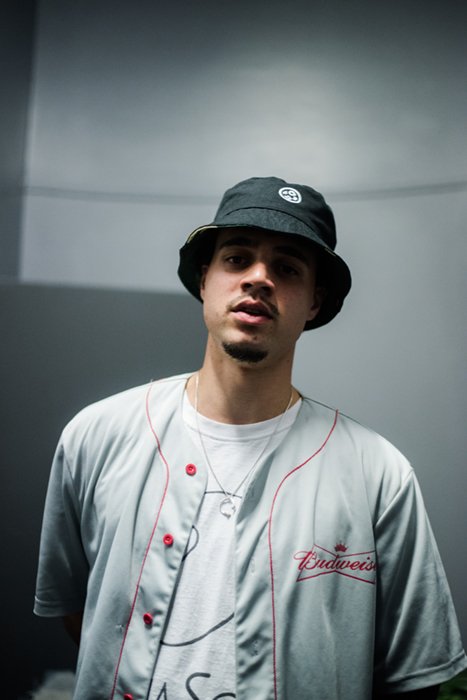 Five songs into the setlist and LC tells the crowd that he has finished his first album. If the crowd wasn’t already animated by the performance so far, this certainly sent them into hysterics. In this revelation, LC took the time to thank his friend and collaborator for his presence throughout the tour and praised his beat making skills. Many outlets have referred to RK’s beats as comparable to sounds of the 80’s hip-hop godfathers  ‘A Tribe Called Quest’ and ‘Slum Village.’ To be named in the same conversation as J Dilla was daunting and though slightly excessive gave Rebel Kleff “more self-belief” and reaffirms that music that he is producing is enchanting. Though RK admits being heavily influenced by the latter hip-hop giants, he claims the connection is due to the sample-based style he does so well. Seeing them both lyrically crusade through ‘The Money’ accredited my belief of Rebel Kleff truly being a multifaceted artist. As they both literally rocked the stage while hyping the crowd, their freestyle accompanied by Aerosmith/Run DMC track ‘Rock This Way’ truly end the song in spirit.

Somewhere down the line, Florence ft. KWAS had to drop, though that didn’t prepare me what so ever. With it being a composition written for his awaiting sister, it was impossible for it not to be one of LC’s more emotive performances. The song is an example of his transparency which allows his lyrics to be grasped and acknowledged. In his remark “I have always wanted a little sister” the crowd immediately knew what was about to go down. 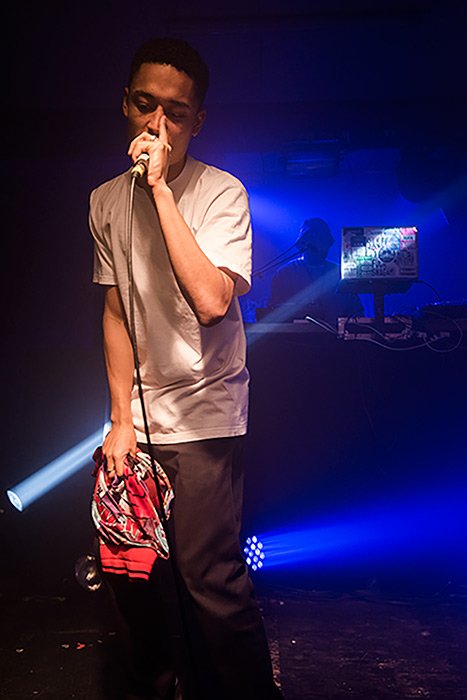 Throughout the show, Carner would take the time to share snippets of his history, times in his life that shaped him as a musician. One period, in particular, was the death of his stepfather. The story of his relationship with him and their separate devotions for distant rivals Man U and Liverpool made for a fitting introduction to the track ‘Cantona’. He provided an explanation for what was in his hand from beginning to the end of his live show; a signed Cantona shirt that belonged to is late step-father. 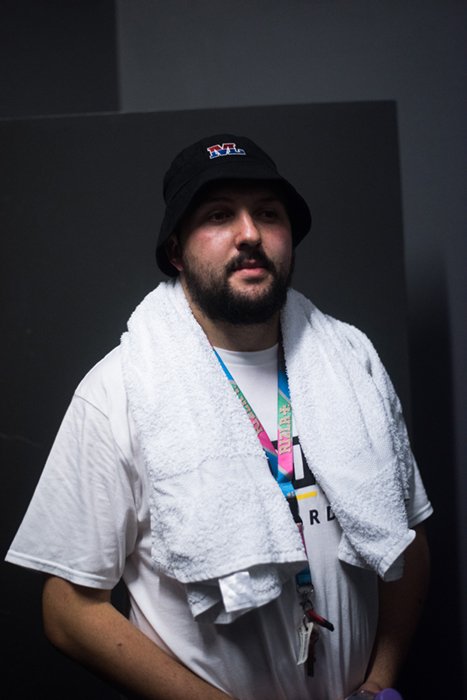 Following the soft eulogy that is Cantona, Loyle Carner, and Rebel Kleff finished the show with No CD, Rebel Kleff innovative take on classic hip-hop sound. The songs resonated like something you’d hear from a 90s b.boy boom-box but completely exemplifies the surge there is in UK hip-hop right now. As the duo close the show, one can’t help but make the connection between these two and the sounds of thin but sizzling beats of Gang Star – DJ Premier and the late DJ Guru. They entice the audience one last time and with the help of OthaSoul they collectively throw a salute to the night.

In this article:Loyle Carner, Motion