2018 was an epic year for music festival fans everywhere. Bringing us everything from Beyoncé’s insane set at Coachella to Salvatore Ganacci’s meme-worthy moves at Tomorrowland and the surprise appearance of Drake at Wireless, it really was one to remember for all the right reasons.

This means 2019 has a lot to live up to, but luckily, it’s off to a pretty great start. With some amazing UK music bonanzas already in the making and absolutely incredible line-ups to look forward to, we bring you the ultimate shortlist of future festivals. Make sure you’re first in line for tickets, because these events promise to be out-of-this-world awesome.

Although the official line-up hasn’t been released yet, Glastonbury is one festival you can count on to deliver. Having featured the likes of everyone from the Foo Fighters and Radiohead to Ed Sheeran and Solange in 2017, we already know Stormzy is set to headline in 2019, and we can’t wait to see him set the stage alight. Raising the bar high as ever, this year’s event promises a host of the biggest names in the business, plus a themed world full of immersive theatre and zany shenanigans, hard-core raving, fabulous food stalls, and even a circus and cabaret. The latter will bring together not only the country’s best comedians, but also drag queens and trapeze artists too. We can’t wait to be transported!

Fancy something a little more out there and alternative? Then this next one is for you. If you’re a fan of foot-tappingly contagious folk music, you’re going to want to head down to Dublin to catch the city’s biggest and best celebration of Irish arts and culture. Including headlining concerts in Christ Church, the City Hall, and the Button Factory, there’ll not only be two outdoor stages, but also hundreds of free events, an open session, dance festival, pipe bands, street performers, and more. While you’re there, use the opportunity to check out the city itself and its many amazing bars, historic monuments, and outdoor spaces. Temple Bar is host to some amazing restaurants too, with plenty of vegan options, to keep you going between acts in style. There’s no way you’ll regret taking a trip. 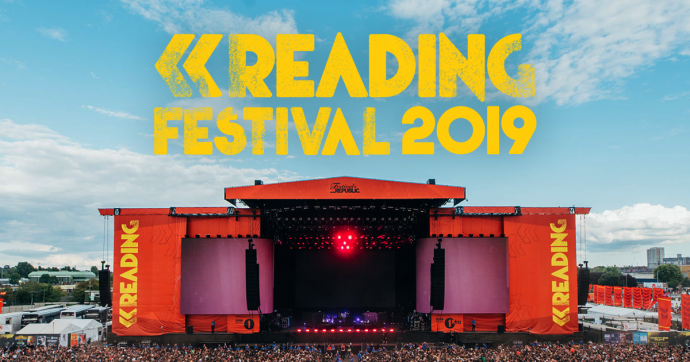 The perfect platform for both up-and-coming and established artists, Reading & Leeds Fest is famed for its riotous good fun and insane performances. Hosting Kendrick Lamar, Kings of Leon, Fall Out Boy, Panic! At The Disco, Travis Scott, and more in 2018, it promises a 2019 line-up that’s just as vibrant and vivacious. Although rock and indie music were the event’s original vibe, it’s long embraced other genres too, and now welcomes artists from the worlds of grime, hip-hop, house, and techno as well. That’s why next year’s line-up will include everyone from The Foo Fighters to The 1975, Twenty One Pilots, Bastille, Billie Eilish, and Post Malone (his second consecutive performance at Reading & Leeds). Don’t forget to check out the city’s Trinity Centre while you’re in town for fabulous bars and eateries galore. What better place to spend a bank holiday weekend?

Tell us, isn’t it time you started planning your festival itinerary for 2019? With so many amazing events to check out, you really will be spoilt for choice.