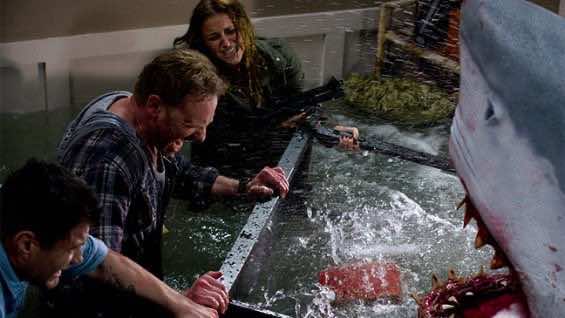 “SHARKNADO IS THE BEST FILM EVER!”, shouted no one ever.

Named “the worst film of 2013”, Sharknado saw a generic American city hunted down by a shark infested tornado. The sequel, Sharknado 2: The Second One, sees exactly the same thing but with even more questionable acting skills.

Tara Reid and Ian Ziering will return from the first film to attempt to save the world from extreme carnivorous weather and avoid getting eaten themselves. As for airing, Sharknado 2: The Second One will skip the cinemas and air is the US on the Syfy channel in July.

Fortunately, no UK date has been confirmed yet.

Check out the official teaser trailer below.

In this article:Sharknado, Tara Reid