Game Of Thrones Season 5: What We Know So Far...
Advertisement 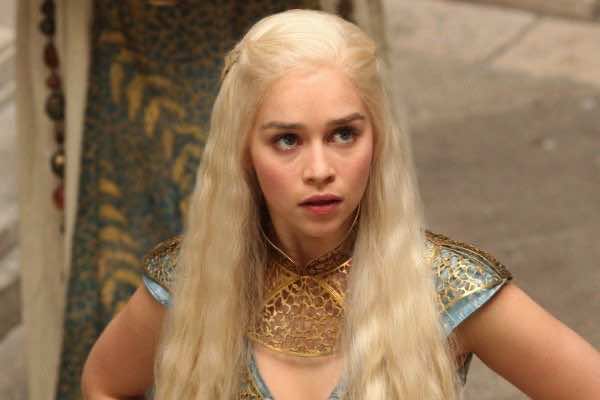 There’s been plenty of rumours circulating about the upcoming fifth season of Game Of Thrones, some likely to be true, others from hopeful fanatics. But which ones are real?

My best advice to all you GOT fans is to read the books by George RR Martin  if you really want the fully detailed story. This post includes most of the current news and rumours we’ve heard about the season so far, the real and the weird. If you have any more, let us know!

Producers have revealed they are deviating from the original series of books a bit more in this season, probably in an attempt to make it more “fantastical” for screen. Fair enough, people want to put their own spin on things. But if it’s not broke, why fix it?

There’s plenty of new characters for us to begin to like, then probably watch die later on. New characters include Alexander Siddig as Doran Martell, the ruling Prince of Dorne, and elder brother of Oberyn Martell. Joining him is Rosabell Laurenti Sellers as Tyene Sand, the youngest Sand Snake, and DeObia Oparei as Areo Hotah, the captain of the Dornish palace guard. There’s lots more where that came from, too!

Kit Harington has hinted that his character Jon Snow will feature in what sounds like the key major storyline of the season, as he has spent more time on set than any other character. Harington said that he was “on set every day in Belfast. And I had more dates than anyone this year – I was f*cking there”.

Also, a recent trailer has revealed the season will include an Arya Stark plot-line, but actress Maisie Williams suggested last month that season 5 would be “the end of Arya, as far as anyone knows.”

This rumour is a mix between book facts and excited fans, but fan-favourite Deanerys will apparently begin a lesbian relationship with her handmaid Missandei. This features weakly in the book, but fans are hoping producers will “sex up” the lesbian plot and show a bit more than friendly affection.

The date for the Game of Thrones season premiere has been set for April 13 on Sky Atlantic (UK), one day after its release on HBO (US) Not long to wait now, woohoo!

In this article:Game of Thrones, Rumours, season 5