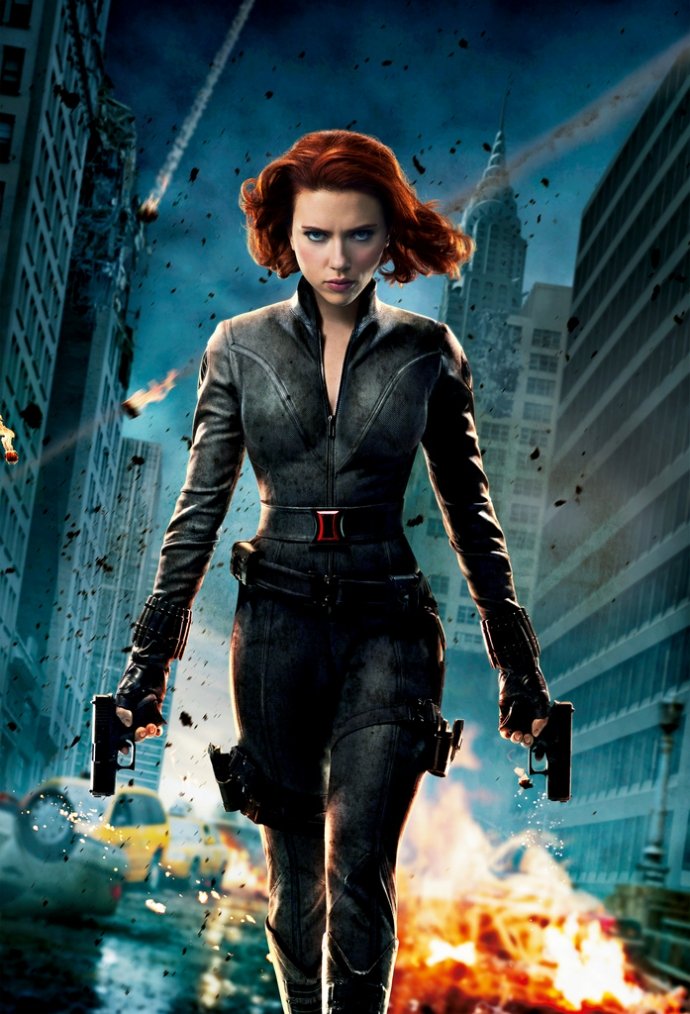 Ever since her Marvel Cinematic Universe debut in Iron Man 2, Scarlett Johansson’s Black Widow character has been a fan favourite, and in some ways one of the most interesting figures related to the Avengers. A former KGB assassin-turned-S.H.I.E.L.D. agent, the character (her real name is Natasha Romanov) has always dazzled with her combat ability, sizzled with attractive appeal, and mystified with a refusal to delve into her past. There’s an argument to be made that she’s actually more interesting than half the full-blown superheroes out there, and yet as Moviepilot addressed in detail, she’s conspicuously absent from Marvel’s Phase 3 cinema plan.

Despite becoming a beloved member of the Avengers and recognised by fans as easily as the likes of Thor or Captain America, Black Widow remains something of a side hero in the MCU. She’s been in four Marvel films to date: Iron Man 2, The Avengers, Captain America: The Winter Soldier, and Avengers: Age Of Ultron. And in each new appearance we learn a little bit more about her tortured past as, essentially, a bred killer of the Soviet Union. She plays a key role in missions every time she appears, banters wonderfully with her male counterparts, and even provides an element of comic relief with her dry wit. But still, she remains on the side while the “real” heroes take centre stage.

Even in other branches of Marvel’s modern entertainment empire, Black Widow is cast aside to some degree. Even Gala Casino’s range of games, while having some of the Marvel characters presented with the official Marvel license and accurate artwork, have the included Black Widow game as more of an artificial accompaniment. It’s a single, small example but yet another indication that Marvel views her as something less than, or aside from, its principal characters. But even if the entertaining and wildly popular Black Widow has been relegated to something of a side role, that role has increased with each film. At this point, she seems to be due for a pretty major part alongside Captain America in Captain America: Civil War. So, even though she’s yet to have a solo film announced, she is seemingly starting to get the attention she’s earned on screen.

That won’t stop rumours of and calls for a solo project, however. This past summer, Entertainment Weekly covered an “international flash mob” in which fans of the character spread the hashtag #WeWantWidow in a massive public call for a Black Widow film. This was the largest public display relating to the subject, but it also seems increasingly impossible for anyone to discuss female superheroes or upcoming Marvel projects without questioning the reasons behind withholding a Black Widow film. The most accurate theory as to why no such movie appears to be in the works is that Johansson has effectively priced herself out of a financially responsible solo film. Marvel is slated to introduce Captain Marvel as its first female hero to get her own film, and casting a lesser-known actress will keep that project significantly cheaper than a hypothetical one in which Johansson is paid as a leading protagonist. In other words, Johansson might be too popular for her own good.

If there’s good news regarding momentum toward a Black Widow film, it’s that she’s at least getting new comics. Earlier this month, Comic Book Resources announced that a whole new Black Widow series is going to be produced by the same creative team that just finished up the latest Daredevil saga. That means there will be a load of fresh, modern material relating to the assassin. It may not necessarily point to a forthcoming film, but it at least hints that the folks at Marvel understand the need for more Black Widow content.

Here’s hoping that their understanding ultimately results in the production of what could be the most popularly desired Marvel film yet.