Fans of Marvels sequel Avengers: Age of Ultron has been rewarded with a first official picture from the set, which was posted by the actor behind Iron Man – Robert Downey Jr.

The actor, who joined Twitter earlier this month, is currently in the midst of shooting the movie which reunites him with Chris Hemsworth, Mark Ruffalo and Chris Evans, as well as many new famous faces in the franchise.

Robert Downey Jr, who has been playing Iron Man since 2008, signed a new deal with Marvel Studios last June that will see him play Iron Man in both the second and third Avengers movies. 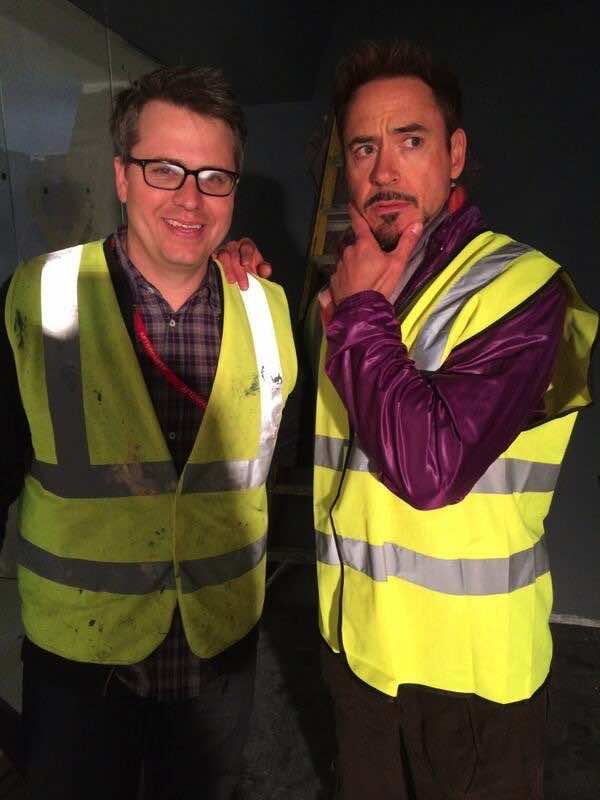 The picture which was tweeted out yesterday includes Robert Downey Jr. dressed in what is best described as Industrial Safety Chic alongside long-time executive producer Jeremy Latcham. It’s an ordinary picture from the set, which doesn’t give out clues about the upcoming film. It’s no surprise that Iron Man star got away with the picture, which doesn’t include any massive spoilers.

The film will see Robert Downey Jr. as Iron Man, Chris Evans as Captain America, Chris Hemsworth as Thor, Mark Ruffalo as Hulk, Jeremy Renner as Hawkeye and of course Scarlett Johansson as Black Widow reuniting as Avengers initiative. It is unsure whether they will be befriending or battling Vision (Paul Beettany), Scarlet Witch (Elizabeth Olsen), Quicksilver (Aaron Taylor-Johnson) and Ultron (James Spader).