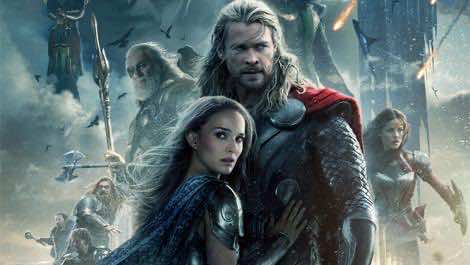 A featurette for the upcoming Thor sequel has shed some light on what we can expect from the next installment from Marvel. Due in October, the three minute clip from Filmisnow features interviews with the stars explaining a little of the film that will launch Marvel’s phase 2 plan – to expand the scope across the galaxy.

It’s been clear for some time that ‘The Dark World‘ would be set away from earth, but little was known exactly how much of the Thor universe we would get to see. “We will be off world a lot more” Director Alan Taylor confirms, “and discovering a lot more of the nine realms“. But from the looks of things, Earth will still be making an appearance of sorts, with Stone Henge featuring in what looks like amlarge battle scene.

Natalie Portman is back after her inexplicable absence from Avengers and judging by the clip, will be put into some peril from Christopher Ecclestones’ villain, Malekith.

Thor: The Dark World is out on October 30th. We can’t wait.

In this article:Thor The Dark World