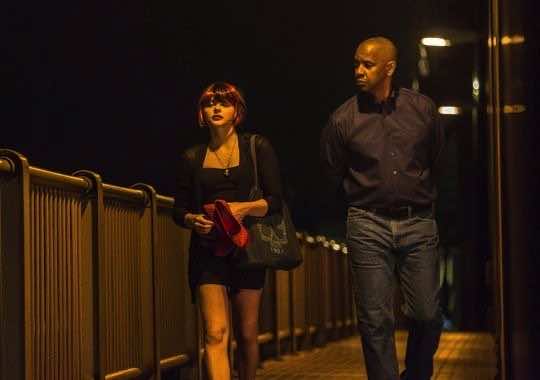 Sony released the first images from The Equalizer, since the pic of Denzel Washington in the chair has been floating around for months and the poster arrived last week.

Speaking to Washington and director Antoine Fuqua on the set, the star speaks why he wanted to play a new version of Robert McCall, as originally embodied by Edward Woodward for the 1980s TV series.

“The title doesn’t mean anything to me. It’s the material,” says Washington. “It’s a classic story, the innocent girl and the guy coming in to save the day and kick some butt. You’ll get some popcorn and escape for a couple of hours.”

The plot finds the retired government operative choosing to live a quiet, humble existence until he crosses paths with Chloe Moretz’ prostitute, who needs his help with some Russian mobsters. McCall becomes a vigilante pledged to help the helpless and Washington returns to his badass form.

“There’s a switch that he turns on and that’s just scary,” says Fuqua. “There’s a sustained intensity even in casual mode, like a panther. If it’s turned against you, you’re going to be in a bad place.” Washington apparently did as many of the fight scene moves without a stunt double as he was allowed. 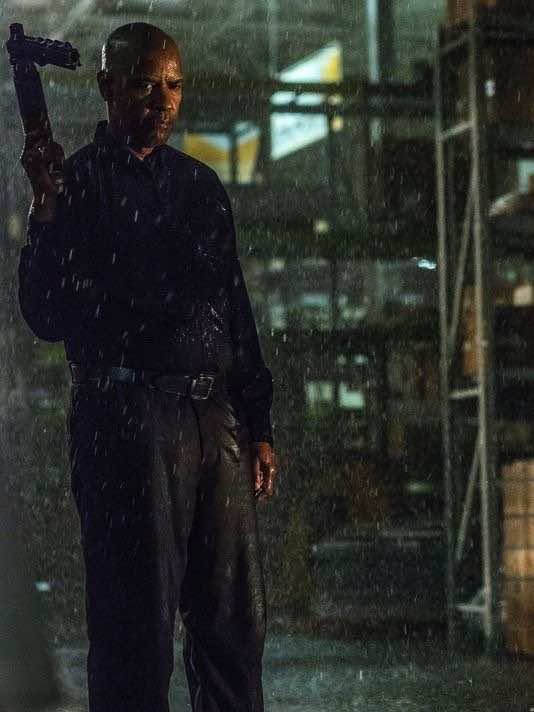 Even though Sony seems to be very positive about the outcome of this film, Washington is staying more caution. “The audience will decide that. You can’t make No. 2 before you make No. 1. It’s called show business. We’ve handled the show part of it. We’ll see how the business part goes.”

The Equalizer will arrive in UK cinemas on October 10.