The Heat is out on both DVD and Blu-Ray. The Heat follows an incredibly uptight FBI agent, Sarah Ashburn (Sandra Bullock) who has been paired with a bad-mouthed, rebellious Boston police officer, Shannon Mullins (Melissa McCarthy) in order to take down a drug kingpin named Larkin. The release date for this in the UK is November 25th. 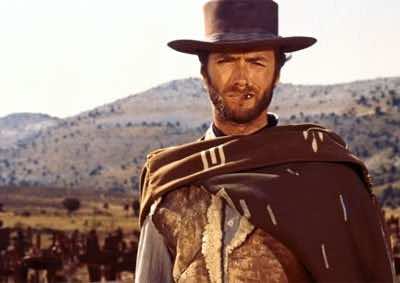 High Plains Drifter came out in 1973 and is an American Western film, Clint Eastwood both directed and played the staring role in the film. Clint Eastwood plays a gunfighter who is shrouded in mystery. He has been hired by the residents of a frontier mining town, which has been corrupt, to defend them against a group of criminals. High Plains Drifter has now been released on Blu-Ray for the 40th Anniversary Edition and will be available in UK shops in September 16th.

Eyes Without A Face this is another older film, it came out in the 1960’s and has just been re-released as a Blu-Ray. Eyes Without A Face is a French-Italian horror that was adapted from Jean Redon’s novel. The film follows a surgeon, Dr. GÃƒ©nessier (Pierre Brasseur) when helped by his assistant Louise, he kidnaps young women who’s faces he removes in an attempt to graft them onto the head of his very beloved daughter Christiane who was in a car crash which spoiled her face. His victims die resulting in his experiments failing, however that doesn’t stop Dr. GÃƒ©nessier trying.

Kevin Hart: Let Me Explain is available in both DVD and Blu-Ray format. It’s the film footage of the comedian, Kevin Hart at his sold-out performance at Madison Square Garden in New York were he delivers his material from his “Let Me Explain” concert tour in 2012. The estimated UK release date for this is December.

Pacific Rim is a film based around a war between mankind and monstrous sea creatures that has been waging on for a while  as the world realised that they needed to create something to protect the humankind against their enemies. In order to do this a former pilot and a trainee are paired up to drive the seemingly obsolete weapon to save the planet from the apocalypse. Pacific Rim is both out in DVD and Blu-Ray and will be available to buy in the UK on November 25th.

Maniac, made in 2012 was a remake of a 1980 film and is a French-American psychological slasher film. Maniac follows a mentally disturbed young man, Frank Zito (Elijah Wood) who, after the very recent death of his mother who moonlighted as a prostitute, has taken over his families mannequin business. As he helps a young artist with her exhibition his deadly, suppressed desires come to life. This is out in both DVD and Blu-Ray formats.

Unfortunately, some of the listed films aren’t available in the UK just yet, however, they are in America so you’re able to buy them off Amazon if you’re interested!