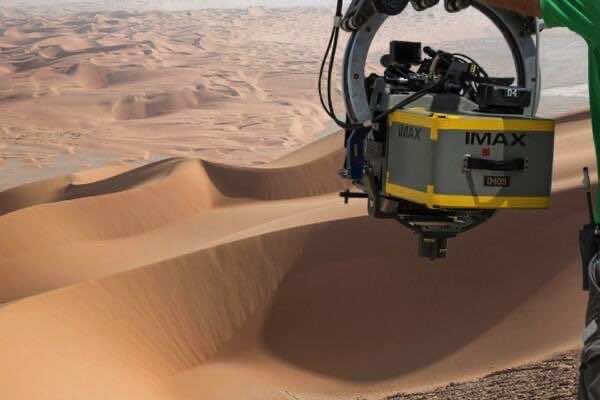 Bad Robot, J.J.Abrams’ production company, and the studio behind the upcoming Star Wars: Episode VII have announced via Twitter that they will be filming certain parts of the film with IMAX camera’s, with the above photo released on their page.

They had previously disclosed that the film would be released in IMAX in various cinemas, but the news that it will be filmed in the 70mm ratio to boot will excite fans no end.

Abrams is familiar with the camera’s having filmed large chunks of Star Trek: Into Darkness with them, and he is planning on using them to enhance the action scenes and from the photo, some of the desert sequences as well. With Christopher Nolan utilising them so well in The Dark Knight, they are becoming more and more common place in big budget blockbusters.

Filming is currently under way and in case you had forgotten, the movie is due to be released on December 18, 2015.

In this article:J. J. Abrams