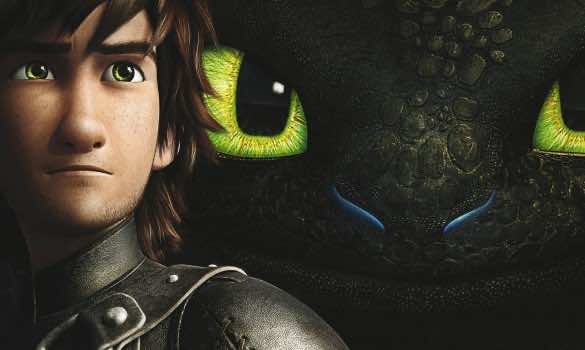 The first clip for the upcoming How To Train Your Dragon 2 has been revealed online today.

The follow up from the 2010 Dreamworks Animation film will be released this summer, with Dean DeBlois returning to direct and featuring the voice acting talents of Jay Baruchel, Gerard Butler and Cate Blanchett.

The sequel returns to the island of Berk five years after the events of the first film, with Hiccup and his dragon Toothless discover a secret ice cave that is home to hundreds of new wild dragons and the mysterious Dragon Rider.

The original computer animated film was both a critical and commercial success, with the franchise expanding to television series’ and a proposed third cinematic installment in the pipeline.

Check out the new clip below:

In this article:Cate Blanchett, Gerard Butler, how to train your dragon 2