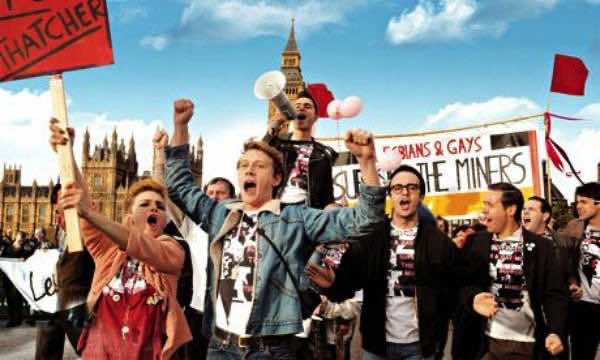 The brand new fantastic trailer for Matthew Warchus’s, Pride, has been released.

Accounting the story of a young, clear thinking group of gay and lesbian activists- in the year 1984 during Thatcher’s time in office- who travel to wales to stand with a local community of miners during the miners strikes.

The trailer portrays a warming and colourful film of friendships and hardships as two unlikely groups stand together for a good cause, “because it’s the right thing to do”.

Have a watch of the trailer below for yourself and try and tell us that your not excitied for the release of this film.

Starring a more than promising cast from Paddy Considine, Imelda Staunton and Dominic West to Bill Nighy, Pride will land in UK cinema’s on September 12th.