In the words of the late Eddard Stark… “Winter is Coming!” and what better way to celebrate those cold, dark nights than with a family-filled Disney animation. The Mouse House have decided to release a brand new poster for their winter tale Frozen. Take a look below! 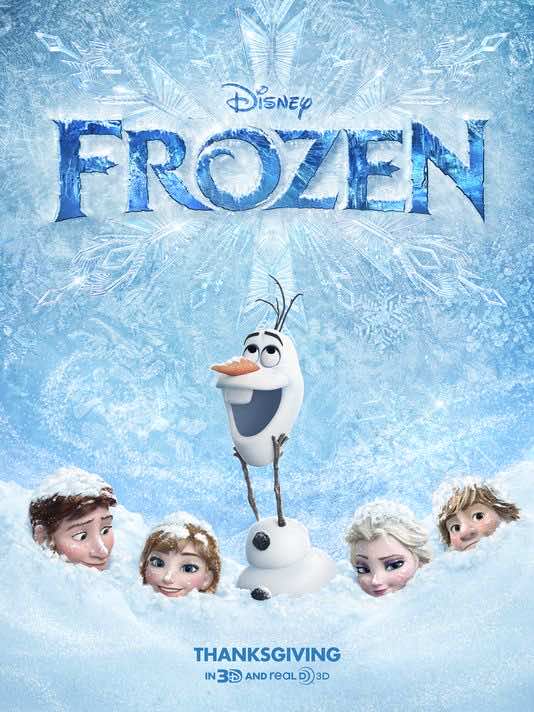 Loosely based on Hans Christian Anderson’s The Snow Queen, Frozen follows Anna (Kristen Bell) a young girl who sets off on an epic journey to find her sister Elsa (Idina Menzel), whose powers have trapped the kingdom of Arendelle in an eternal winter. On her journey, Anna meets rugged mountaineer Kristoff (Jonathan Groff) and his reindeer buddy Sven. Oh… and there’s a random walking snowman added in for good measure.

When asked about her character Elsa, Idina Menzel stated, “When she was really young, Elsa found she has this power. And her parents tell her she has to hide it because she can hurt her sister and other people. She’s terrified of it and she holds it in her whole life. Through the film’s journey Elsa comes to learn how to harness the power and find a way to sort of accept herself for who she is.”

Frozen will be released on December 6th here in the UK, but November 27th is the USA.