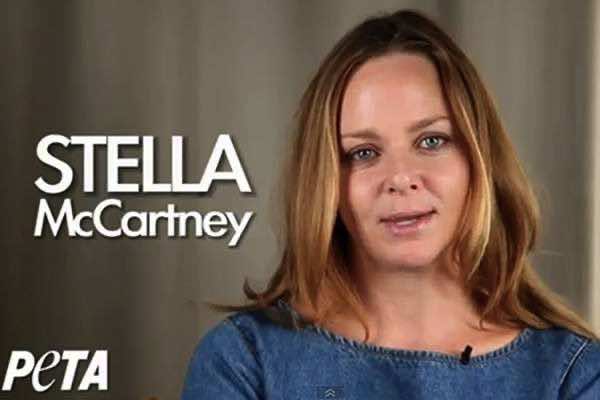 Following Tuesday’s Global Summit to End Sexual Violence in Conflict in London, hosted by UN Special Envoy Angelina Jolie and William Hague, Stella McCartney has also announced plans in aid of the cause.

Stella McCartney has launched project ‘Draw Me To Safety’ alongside War Child. The idea is an international art project that has been designed to raise awareness of how children affected by war see the world.

The project will run both in the UK and in afflicted countries, asking young people aged 8 to 15 to create artwork centering around the question “What makes you feel safe?”

In turn McCartney will then design a piece based on the artwork to sell with the profits going directly to protect children affected by war.

“This project is about young people standing with children affected by conflict,” McCartney said. “Children see the world with clarity and honesty. War Child UK and I are excited to share their insights through art that will raise awareness and encourage the world to do more to protect children from war.”

Rob Williams, chief executive of War Child UK also praised McCartney’s project stating. “There are children across the world who don’t know what safety means because all they have ever seen is conflict. Draw Me to Safety is about the power of children’s voices to talk directly to the world.”