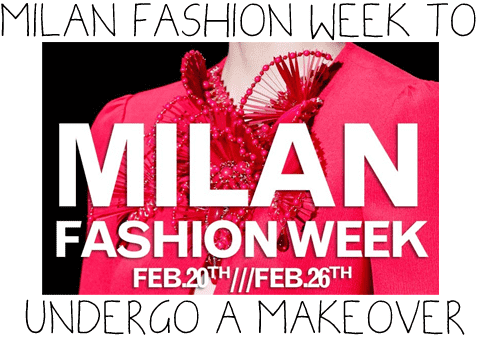 Some of Italy’s leading fashion names are working together to give Milian Fashion Week a major makeover through personal involvement and financial backing! In recent seasons, the fashion capital has been criticised for loosing it’s momentum, due to fuller schedules in London and Paris.

“We are all guilty, designers and entrepreneurs alike,” said new vice president Bertelli.  “We’ve been selfish and did not catch the opportunities offered in the Nineties. We simply believed that Milan would continue to be successful. The composition of markets has made the position of Milan more critical. The whole system should recite the mea culpa, but now that we’ve realised this, we are working on revitalising Milan.” he continued.