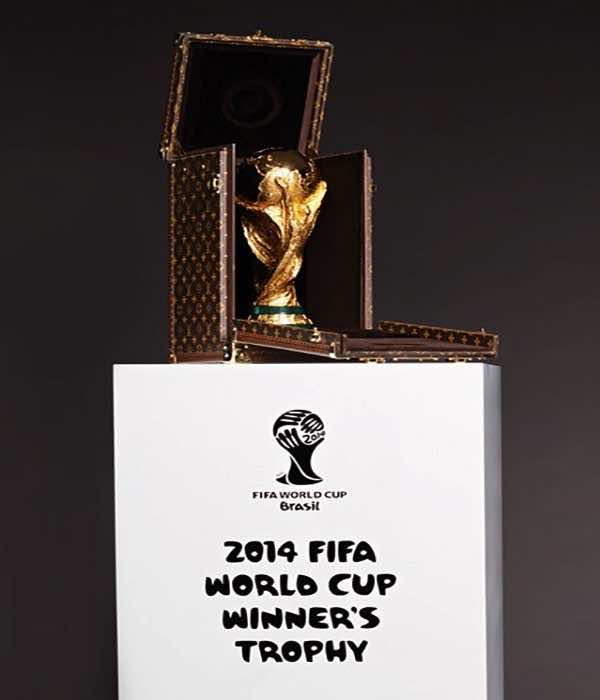 First designed for the 2010 World Cup held in South Africa, the case was handcrafted in Louis Vuitton’s AsniÃƒ¨res workshop.

The case is magnificent with the signature detailing which has the brass locks, monogrammed LV canvas and hardware corners. Louis Vuitton has been associated not only with the World Cup, but also made the trunk for the America’s Cup dating back to 1851.

In this article:brass, FIFA, Louis Vuitton