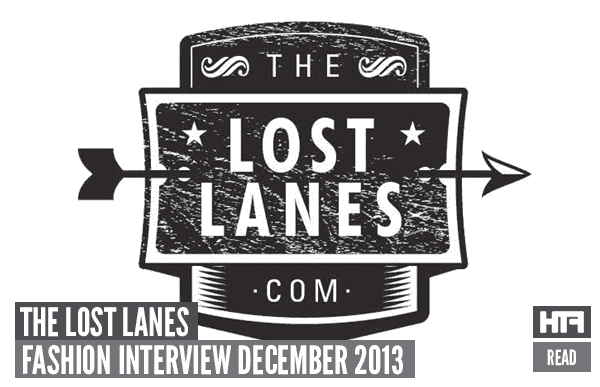 Selling a range of unique designs and jewellery, we caught up with husband and wife duo Michael and Raquel to talk about their quirky online business The Lost Lanes. We discussed everything – from the inspiration behind the boutique, to the reason as to why it’s called The Lost Lanes! Here’s what the pair had to say.

HTF:How did you come up with the concept of clothing, home and clothing?

MW:  Living in East London we spend a lot of our spare time and weekends at our local markets in Brick Lane and Spitalfields.  We wanted our website to reflect the vibe of a street market, so when you land on our site you feel like you’ve discovered something really special and original.

RW:  There is so much talent in the UK it deserves to be shared and discovered, and we want to share the experience of really cool British made products and quirky markets with a global audience.

HTF: How did you initially get started, how did the website launch?

MW:  We found ourselves in a position early this year where we reached a fork and we could either jump back into the doldrums of 9-5 or take a gamble and put everything we had into a project we’d been forever finding excuses to put off.  Really it was now or never.

HTF: Was is difficult to start the online store ? What challenges did you face?

RW: It’s not so much been difficult but it has been a lot of hard work, I’d be lying if I said there were no scary moments, or small blips, but overcoming them gave us a real sense of achievement.  Our biggest challenge I would say was making initial contact with the designers.  We were asking them to join us without having an actual website or branding for them to look at first.  In essence, we were expecting a lot of trust approaching them as complete strangers.

However, we’re almost seven months down the line and we’re now starting to get contacted on a daily basis by new designers wanting to sign up to the site, which is a great feeling of accomplishment that the designers like what they see and they want to be part of it.

HTF: Why the name, The Lost Lanes ?

RW: Our favourite places to shop have so far been in the laneways and backstreets from Melbourne to Brighton .  But in recent years with people so reliant on mass produced products from the high street, we wanted to create an online destination to capture the shopping experience of these lost lanes.

HTF: What differentiates you from all other online boutiques?

MW:  We not only decide on who joins the site but we are also selective in the products that are listed in order to bring a quality user experience, making sure that everything on the site suits the feel and complements one another.  Also unlike other sites we ensure nothing is mass produced or imported and everything is designed and/or made in the UK.    The main thing though I would say is our exclusivity, it means that customers won’t be faced with endless pages of irrelevant products overwhelming their shopping experience and designers won’t feel that any of their products are lost on the site.  We want our designers and their products to shine.

HTF: What goals do you have from The Lost Lanes?

MW:  We want the site to grow with our ethos still intact, what we want is something that designers feel proud to be part of and customers can rely on to always bring them something different, original and always of the upmost quality. 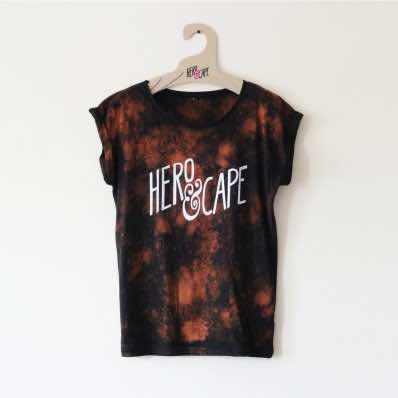 HTF: What has been your biggest achievement so far?

RW:  Hmmm… there have been so many pats on the back in the past six months, we’re good at that!  But I’d say biggest achievement was probably getting the site put together from the sketch on a coaster, over a pint at our local, to launch, it took us two and half months.  To be fair it was two and half months of late nights and long days with any form of socialising out the window but it was completely worth it.

HTF: For those who aspire to begin a online boutique, what advice would you give?

MW: We’re still so new, I’m not sure if we’re completely qualified for the advice, but what I would say is if you want to start an online business any online business just do it.  Give it a go, and don’t let any setbacks stop you from achieving your goal!

RW:  It’s true, and I’d add that there is never a good time to do something, so if you’re putting it off waiting for that perfect moment, I hate to say it but it’s not going to happen.  So, and this may sound a little ‘Starsky and Hutch’, DO IT!  You’ll never regret giving it a go, and you have nothing to lose by trying.

HTF:What have been a few of your favourite items?

RW: Ooh I hate narrowing things down, I have such a big wishlist it’s crazy!  The Chippy Range definitely makes the cut, I love our Mean Girls collection because how could you not, it’s so Fetch!  And finally I’d have to say George the “colour changing”Chameleon, he’s a real cutie!

MW: Again I have the same problem narrowing it down is really tough, for a bit of a throwback of good memories I’d probably say the Otoo Cassette ring and the Brains tee.  Then maybe the silk cufflinks because they are sharp and my all time favourite thing of the moment is the Rolling Stones wall print.

In this article:interview, The Lost Lanes