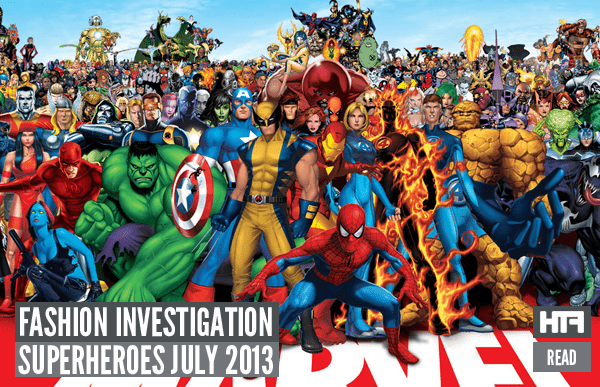 Comic books have been around for a ridiculous amount of time, and a few years ago it was deemed ‘nerdy’ and ‘uncool’ to admit to liking them. But as all uncool trends, it did a full circle and exploded into one of the coolest trends. But why the fascination? Is it because we all wish to be children again, or that we just want to have as much fun as possible?! We think it’s both.

Still, most people only think of comic book heroes around Halloween, New Year or even just a crazy party. But superheroes have influenced our everyday fashion sense so much already, and most people have no idea! 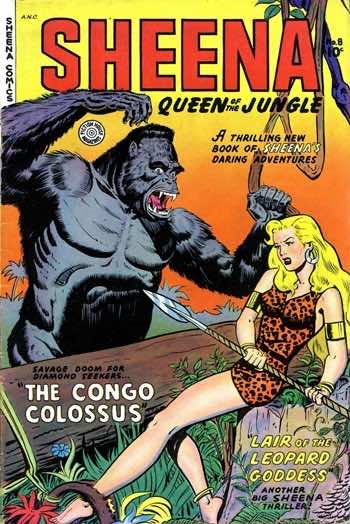 Some people won’t have heard of Sheena, aka the Queen of the Jungle, a character in Fiction House‘s comic books. The ‘Female Tarzan’ as she is nicknamed, was one of the first women to adopt leopard skin designs in fashion, and of course as camouflage in the jungle… in 1937!

Finally, in the past few years, the graphic novel has stormed onto the fashion scene. From the catwalk, all the way through Oxford Street, right to our wardrobes. From slogan tees to disco pants, headbands to military boots and much more. So we’ve have put together some ass-kicking superhero themed outfits for you, so there is no excuse.

Screw Jane Foster… become the Goddess of Thunder in this killer outfit. The simple red skirt is a bargain at £12.99 from New Look, and looks perfect with this embellished bralet from Topshop. Add these sky high heels from New Look for just £29.99 and these stunning earrings from Etsy to complete our first superhero look! 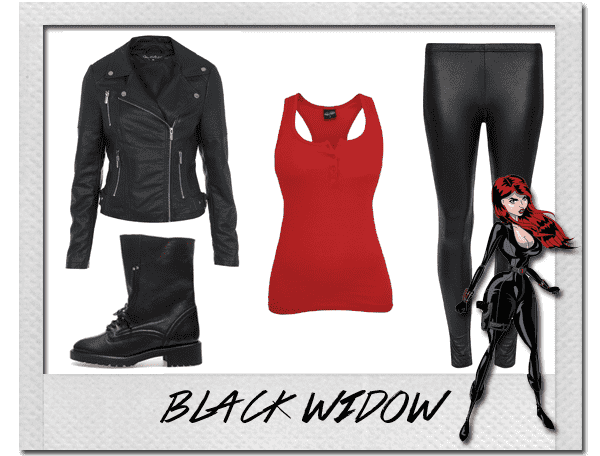 Black Widow is definitely the sexiest (only, for now…) female Avenger, and if we had Miss Johansson‘s body we would wear this everyday! In true spy-style, a pair of military boots are a must and these from Zara look great with these wet look leggings from Dorothy Perkins at just £15.99. So we don’t slip back to goth mode, this red vest from Urban Classics will remind people not to mess with you! Last but not least, no Black Widow outfit would be complete without an ass-kicking biker jacket, and this one from Miss Selfridge for £52.00 does the job perfectly. 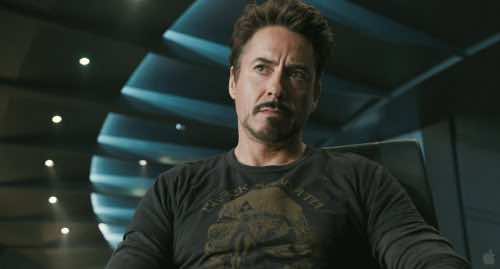 With the recent Marvel and DC films storming the box offices around the globe, you’ll be seeing much more of this trend as more movies are released. The Avengers movie in particular gave a new lease of life to the term ‘superhero’ with Black Widow donning a skin tight jumpsuit and even Tony Stark wearing vintage music t-shirts. They have rapidly become style icons, even with their spangly outfits! So grab your capes and disco pants, because this trend is sticking around.

In this article:Black Widow, DC, marvel, the avengers, Thor