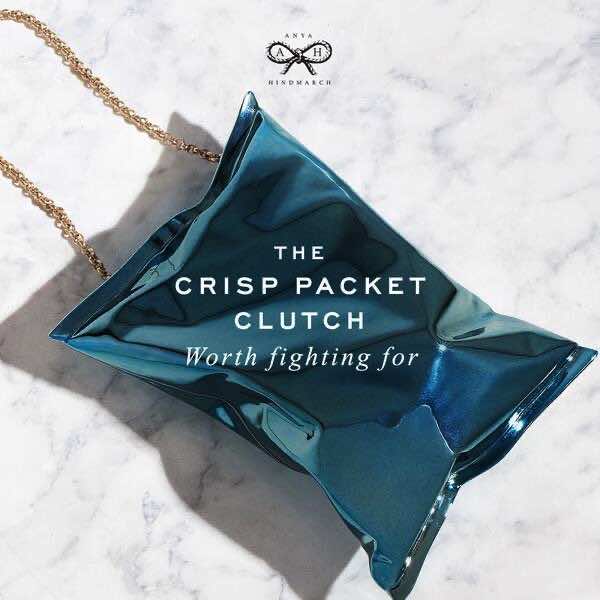 Opinions on the apparent “attack” on rapper Jay-Z by  singer Solange Knowles have been diverse. With some in turn who have found a comedic aspect in the event, while others have criticised the inappropriate way to find humour in a serious topic such as an act of violence. Others are also using their efforts to find the reasoning behind the quarrel.

However, Anya Hindmarch a british accessories brand used the situation in a different light, using the tiff as a marketing ploy. Hindmarch took advantage of the fact Knowles was carrying the brand’s famous Crisp Packet Clutch, (a metal clutch in the form of a crisp packet, retailing at a staggering £995) on the night of the alleged, “fight”.

The clutch can indeed be seen in the video of the “attack” when it flies out of Knowles’ hand and Jay-Z tries to give it back to her. Graphic Gurus created the above image labelling the clutch “worth fighting for“, which was then posted on Hindmarch’s twitter account.

Would you consider this a clever marketing or a distasteful advantage of a situation to cash-in?