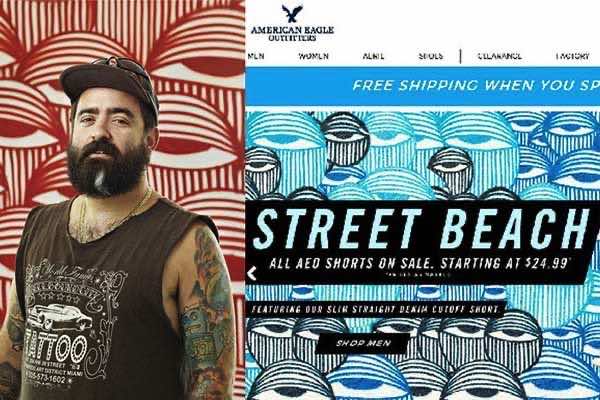 American Eagle Outfitters recently had a lawsuit filed against them by a street artist by the name of David Anasagasti, aka AholSniffsGlue in New York. Anasagasti filed his lawsuit in Federal court claiming that the company used his imagery without permission. Anasagasti wants to keep his public image just as it is, a street artist where his reputation has been founded on originality, not a mass production.

After American Eagle launched their advertising campaign, they registered the copyrights, but because of the copyright infringements, he is suing for unspecified damage. Per the artists agent, the “eye” is the opposite of what a big corporation such as American Eagle stands for. “They (eye) represent the working class, who struggle and are good people,” he told Reuters. “They may look a little droopy, a little sad, but it’s his way of saying, ‘You may be down today, but you’ve got to keep going.”

In this article:american eagle outfitters