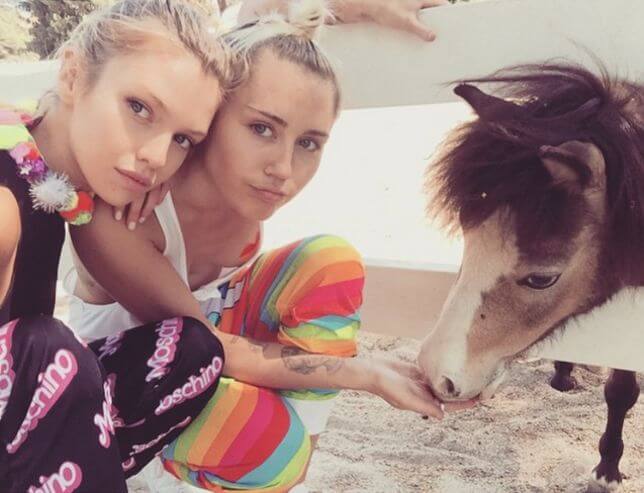 Back in May the star dished on her sexuality and her gender identity, and more recently she spoke to Paper magazine about coming out to her parents.

Of course, now Cyrus has spoken to the press, the media is doing more than speculate about the relationship with her new BBF Victoria’s Secret model Stella Maxwell.

The Australian model told V magazine: “We met through Grindr… Nah, joking. We met through mutual friends via Instagram, which is where Cheyne [Cyrus’s assistant] contacted me about taking some photos. It’s been a trip to hang out and see a little of their world. Felt very organic and right.”

However later in the interview when asked about whether she has a ‘significant other’, Maxwell replied: “Define significant…” In the meantime, lets not jump to conclusions, shall we?